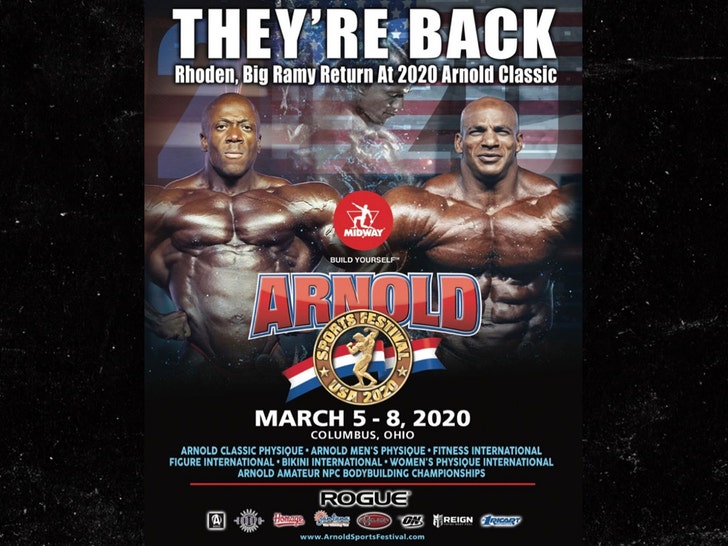 Bodybuilding superstar Shawn Rhoden -- 2018 Mr. Olympia -- will return to competition for the first time since being accused of rape ... and it's all going down at Arnold Schwarzenegger's big event.

Rhoden has DENIED sexually assaulting a female bodybuilder back in Oct. 2018 -- but the mere allegations led to the org. behind Mr. Olympia to suspend him indefinitely.

Just a few weeks ago, the 44-year-old had told us he was unsure about his future in bodybuilding ... but now, he's making his return at one of the biggest muscle events of the year.

It's called the Arnold Classic -- every year, the top muscleheads from around the world take over Columbus, Ohio, to flaunt their bods for coveted titles and prizes. It's one of the most prestigious events in the sport.

FYI, the last winner of the Arnold Classic, Brandon “The Prodigy” Curry, earned $130,000 for first place and got a personal congratulations from Arnold himself.

Rhoden isn't just competing at the event, he's one of the faces of the overarching Arnold Sports Festival ... and they're using his face and body on promotional material.

In fact, Rhoden posted the flyer for the event, saying -- "Ready or not here we come."

As for Shawn's chances ... last time we saw him out, he was looking big as hell -- and HAS to be considered one of the favorites to win the event. 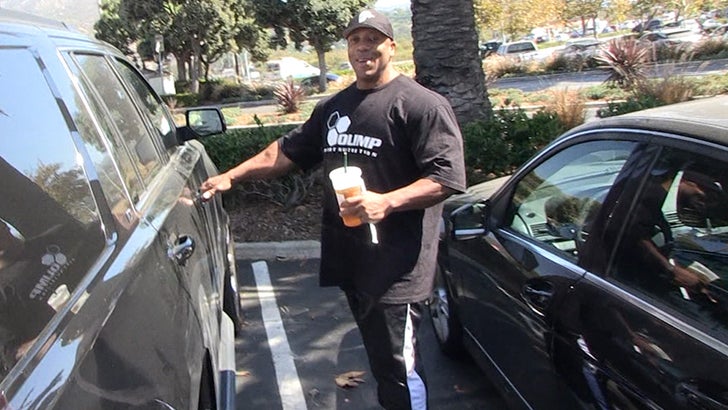 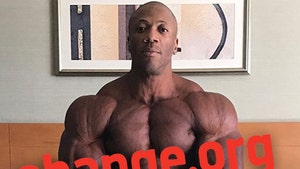 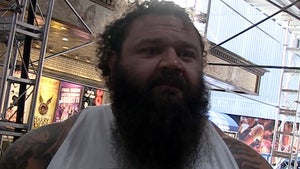