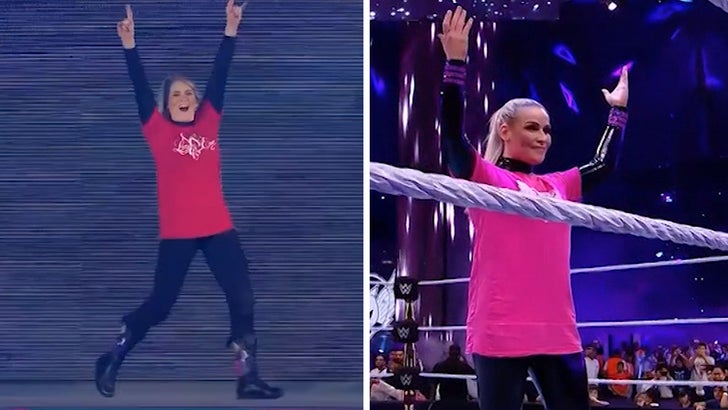 Historic moment at the "Crown Jewel" in Saudi Arabia ... where WWE's very FIRST women's match just went down -- and the ladies got a HUGE ovation from the massive crowd.

Lacey Evans and Natalya were electric as they walked to the ring -- men, women and children were standing and applauding, taking pics and going crazy the whole time.

After she got in the ring, Natalya was choking back tears -- clearly emotional about the moment.

During the match, the crowd even busted out a "This Is Awesome" chant -- pretty cool, right???

As far as the match went, Natalya emerged victorious ... but afterward, both were treated like heroes by the fans, who couldn't wait to take selfies and high-five the wrestlers.

As we previously reported, both women wrestled in special outfits that covered up most of their bodies out of respect for the Saudi Arabian culture.

Stephanie McMahon told us they took extra precautions to make sure to show respect to the Saudi people.

Overall, seems like the event was a huge success ... and hopefully there will be more female matches to come.