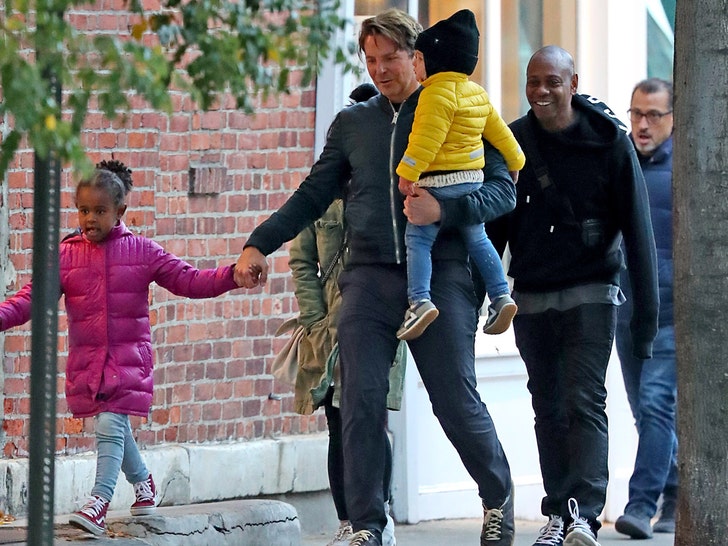 Bradley Cooper and Dave Chappelle seem to have kept their onscreen friendship in "A Star is Born" going strong in real life ... with the help of some youngsters to bring 'em even closer.

The actor and comedian were spotted hanging out Saturday in NYC's West Village, where Brad was seen holding his own daughter, Lea, in one arm and the hand of another little girl who was rolling with him, Dave and some other grownups tagging along.

It's unclear if the other kid is Dave's -- we know he's got a 10-year-old daughter of his own, but this girl here looks a bit younger than her. Either way, Brad seemed happy to play chaperone twice over while Dave hung back and looked on with a big grin.

Of course, Brad and Dave starred opposite each other in last year's Oscar fave 'ASIB,' with the two of them playing old pals reuniting at a difficult time in Brad's character's life.

While their chemistry on the big screen might've felt palpable and even lifted from a real-life relationship ... it turns out that BC and DC hadn't known one another all that well prior to filming. Dave said Brad recruited him hard to be in his movie, and Dave finally caved. 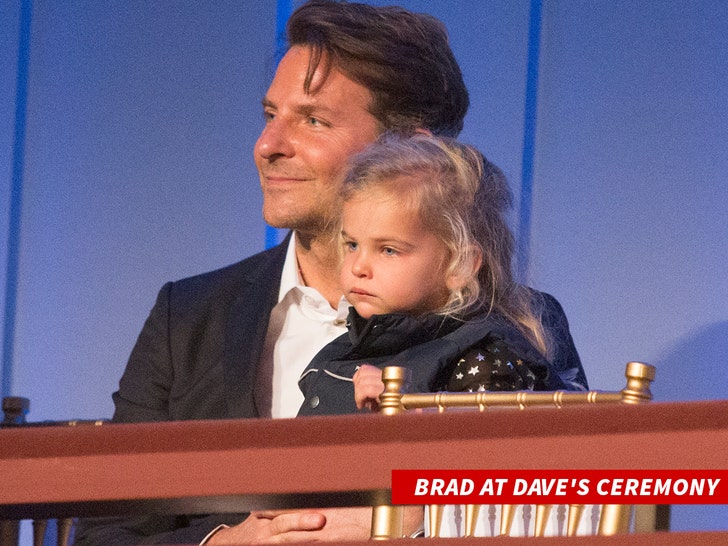 Prior to that, the two stars had apparently only met in passing ... but it looks like working together made 'em good pals. Brad was even on hand last week in D.C., where Dave was awarded the Mark Twain Prize for American Humor and gave a speech on Dave's behalf. 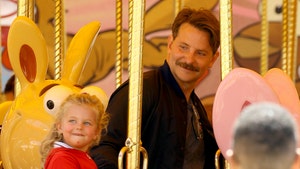 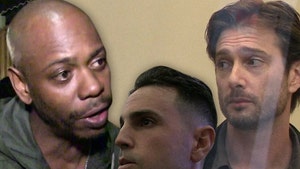