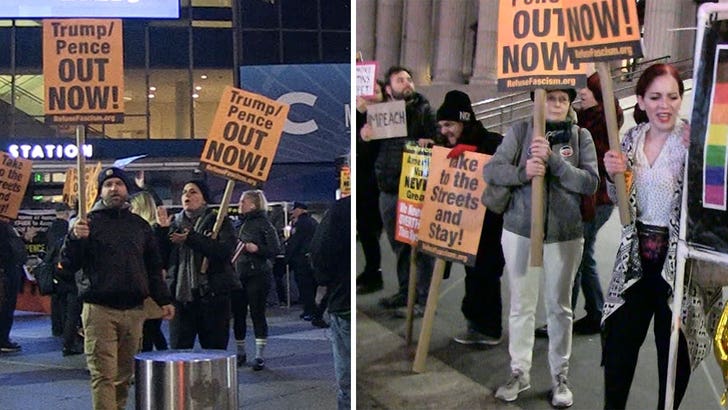 Donald Trump just tweeted that being at Madison Square Garden Saturday night was "a little bit like walking into a Trump rally" ... which means he was impervious to the boos as he entered the arena.

The President is here and the boos are deafening. #UFC244 pic.twitter.com/MbQdKIvuil

Trump had to know the venue would be as polarized as the U.S. Capitol ... just by the demonstration outside MSG as he arrived. Donald Trump Jr., who accompanied his dad, called reports of booing "bullsh*t." He noted UFC Prez Dana White called the President's entrance electrifying. Eric Trump was also on hand for the fight.

The Rock also made a special appearance. He presented a 'BMF' -- baddest motherf***er -- belt to Jorge Masvidal, who beat Nate Diaz, but it was a little bit of an underwhelming victory -- doctors stopped the fight after round 3 because Diaz's face was messed up. The Rock said before the fight he was super pumped about presenting the award.

This was not Trump's first brush with a hostile crowd. When he showed up for game 5 of the World Series, there was a healthy chorus of, "Lock him up."