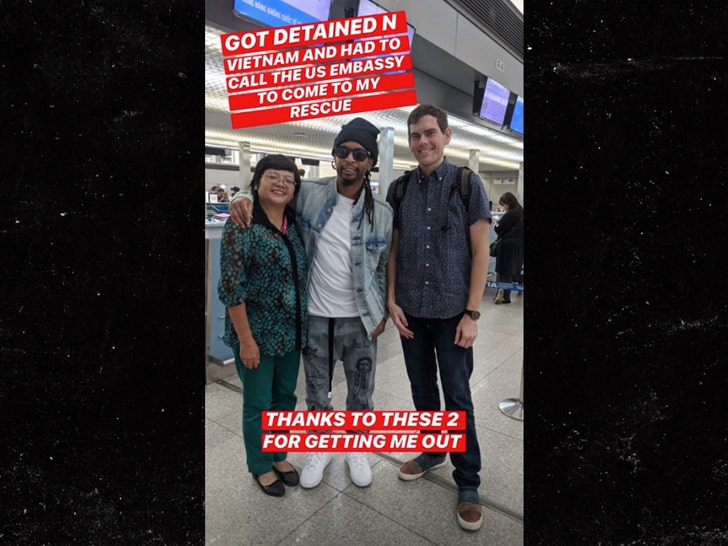 10:42 AM PT -- Lil Jon cleared up what exactly happened to him in Vietnam, and it sounds like a case of customs gone wrong.

The rapper tells TMZ ... he was detained at the airport for about 6 hours due to his jewelry, which he says was also temporarily seized. As to why, he says that he wasn't aware that he had to declare any jewelry he was bringing along that exceeded $12,000 U.S. dollars.

Welp, we're told Jon's jewelry on hand was worth well over $400,000 ... so he got held up by government officials as they tried to figure out what the heck he had on him. Jon says as soon as he realized what was going on, he had his team call the U.S. Embassy for help.

Jon tells us U.S. Embassy reps came to the airport and straightened the whole thing out for him after a sit-down with said government agents. He adds that the Vietnam government was willing to cut him loose with a warning, based on a good faith relationship with USA.

Jon says he was able to catch the next flight to Macau where he performed shortly thereafter. He tells us he wants to thank the U.S. Embassy and Vietnam itself for cutting him some slack. He finishes, "It’s amazin’ to know that no matter where I travel in the world, if something happens...the US Embassy’s got their citizens’ back! I’m super grateful to them."

Lil Jon says he got held up by Vietnamese officials at an airport while trying to get outta there ... something he claims happened because of his massive stash of jewelry.

The rapper posted footage and photos of himself allegedly being detained Friday while he and his crew were attempting to fly out of Tan Son Nhat International Airport in Ho Chi Minh City after performing in Saigon. Apparently, their version of TSA wasn't feelin' his ice. 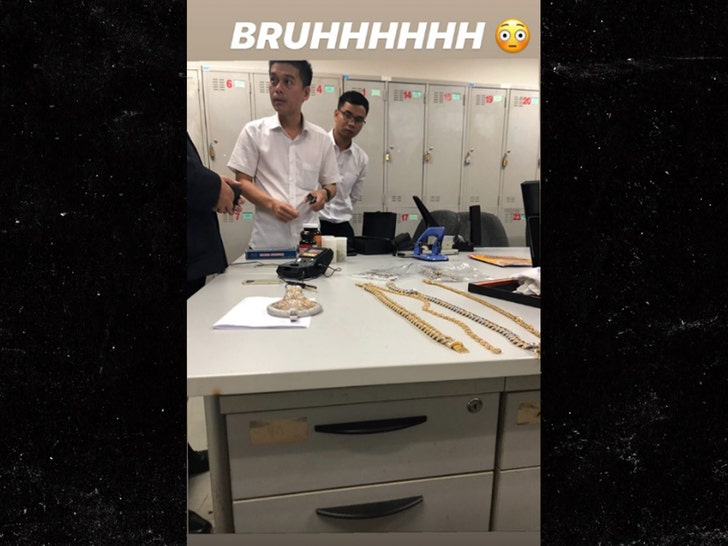 On Intagram, LJ wrote ... "Vietnam got me hemmed up over my iceeeee smh." He then posted a photo of what appears to be airport officials going through his many chains and other jewelry he had with him, with most of it laid out on a table being inspected.

It's unclear why they gave Jon such a hard time, but luckily for him ... this story's got a happy ending. Lil Jon says he was able to call the U.S. Embassy in 'Nam and get some personnel down there to vouch for him and get him sprung from detention.

One of his buddies posted an aftermath pic showing Lil Jon posing with a bunch of folks, some of which appear to be uniformed airport honchos ... while also shedding a bit more light on what exactly happened. The guy, SKAM Artist, wrote ... "Jon was detained earlier today in Vietnam...but w the assistance of 2 staffers from the US Embassy, and a few locals...he's free!!" Another one of his friends credited the "Royal Family" too.

We got a call in to LJ's rep to get to the bottom of this one, but the good news is that he's back to work and keeping the show going in what looks to be China. Can we get a YEAH??? 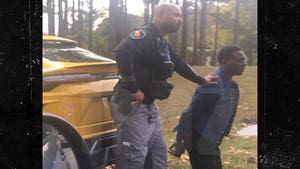 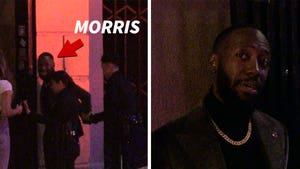