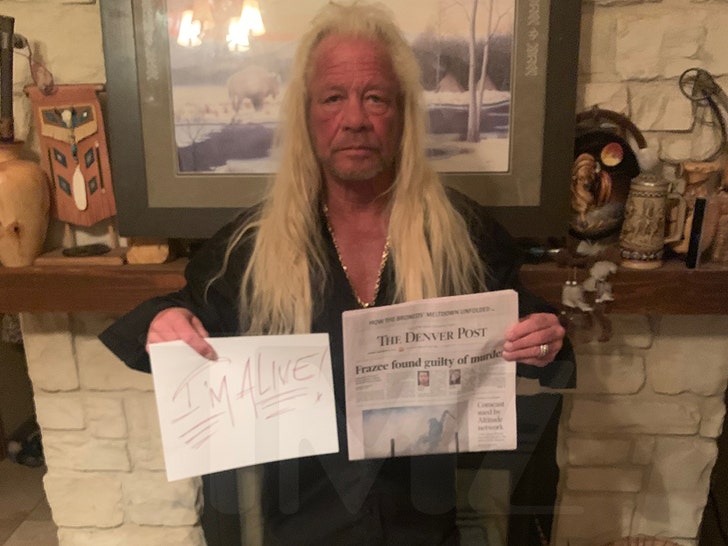 Dog the Bounty Hunter wants it known -- he's NOT dead like the Internet might have you believe ... and we got our hands on a good old-fashioned "proof of life" photo to back it up.

The reality TV star took this hilarious photo of himself Tuesday holding a handmade "I'm Alive!" sign in one hand and that day's Denver Post to prove he is, in fact, still with us. We're told this was in response to a fake death story that was going around on Facebook. 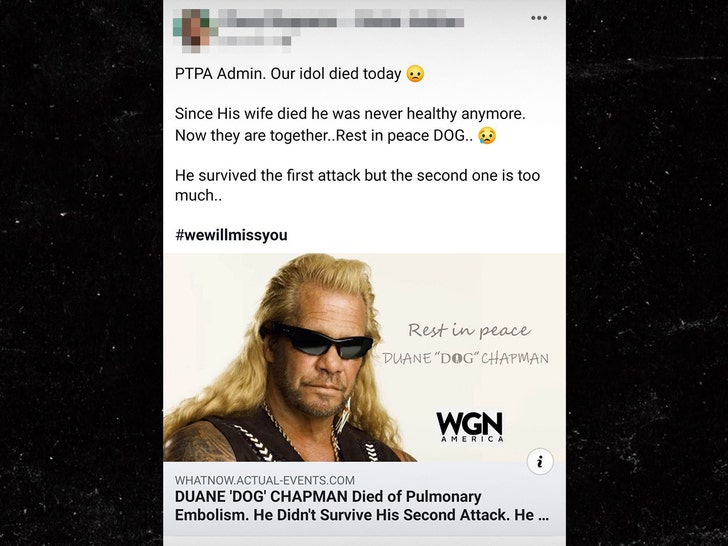 Tons of fans were flooding Dog's social media with condolences and "RIP" posts, and our sources say Dog's team even reached out to him to make sure he was all good.

We're told Dog was on his way to a workout when his phone started blowing up and he first heard about the hoax -- which claimed he'd died because his grief over his late wife, Beth Chapman, caused a flare-up of his recent heart problems.

Again ... NOT TRUE!!! Dog is doing well and nowhere near the grave. Shout out to Prez Trump, but THIS is actual fake news. 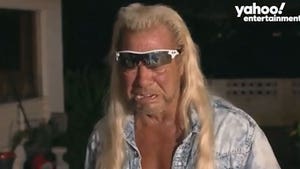 Dog the Bounty Hunter Had Thoughts of Suicide After Beth Died 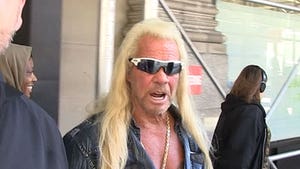