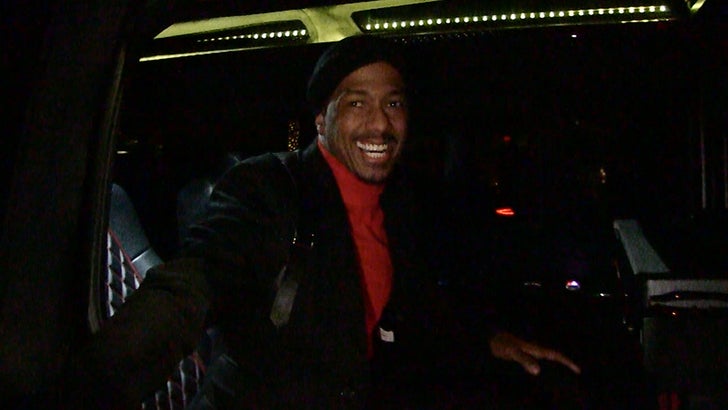 Nick Cannon is siding with Terrell Owens -- saying the NFL legend was RIGHT when he said ESPN's Max Kellerman is blacker than Stephen A. Smith.

He was laughing when he said it ... but it's clear Nick agrees with Owens when it comes to the larger topic, Colin Kaepernick.

FYI, Cannon is close friends with Kap -- which was the topic of discussion that set things off on ESPN's "First Take" between T.O. and Stephen A. on Thursday.

Owens has been unhappy with Stephen A's negative criticism of Kap for the way the QB handled the NFL workout -- so he went on the show to hash things out and told SAS his white cohost Max Kellerman "almost seems blacker than you." 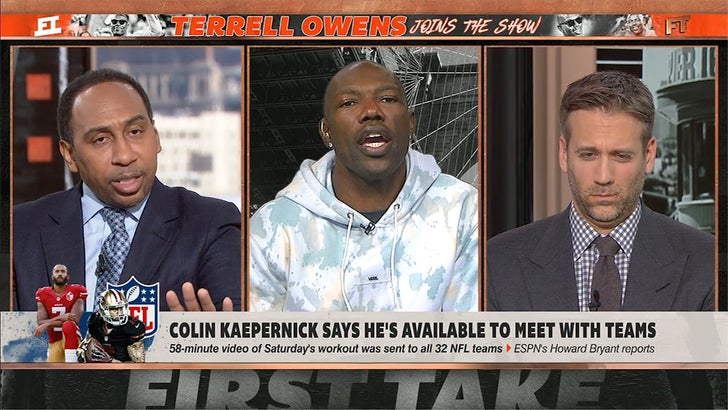 Stephen A. was PISSED and told Owens that he "done crossed the line.":

So, when we saw Cannon out in L.A. on Thursday night, he made it clear he's on Team T.O.

"At the end of the day, you always have to stand for your culture. We always gotta have a united front as a people."

Cannon added, "I support Kaepernick 100%. I've always been with him 'cause that's one of my close friends."

As for Kap's NFL future, Nick says he KNOWS Kap is dead serious about wanting to get back in the NFL saying, "He's still got the skills. My man want to play. So, that's all that matters." 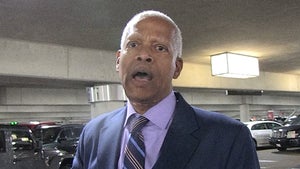