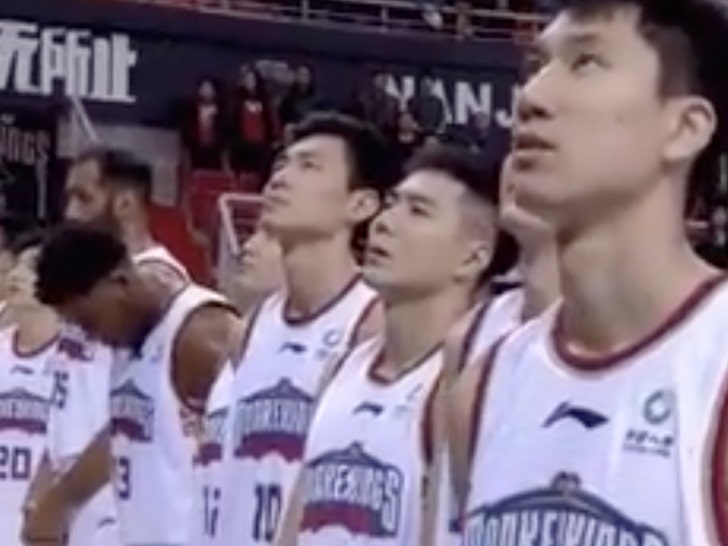 Ex-NBA player Guerschon Yabusele -- who now plays professionally in China -- was fined by the CBA this weekend for not looking at the Chinese flag during the national anthem.

... but Yabusele insists he was NOT trying to disrespect anyone.

The 23-year-old French baller -- who played 2 seasons with the Boston Celtics -- was fined $1,400 and given a "serious warning" for not meeting the league's requirements for anthem etiquette before the Nanjing Tongxi Monkey Kings' game against the Zhejiang Golden Bulls.

Guerschon Yabusele is fined by Chinese Basketball Association for ¥10k ($1.42k) for not saluting the Chinese national flag during the national anthem ahead of the game against Zhejiang Golden Bulls. It is a courtesy that one should comply with persuant to the league handbook. pic.twitter.com/8e9za2oLs5

Of course, showing any sort of disrespect to the national anthem has major consequences in China -- a law was passed in 2017 that made it a crime, which carries a maximum 3-year jail sentence.

It's also in the Chinese Basketball Association handbook that players must look at the flag during the "March of the Volunteers."

But, Yabusele says he wasn't trying to make any sort of political statement -- he reportedly clarified in a statement on social media that he was praying during the anthem.

"I have the same routine, I've been doing this my whole career and I wanted to apologize for the people that took it Personnal [sic] because it was not my point," Yabusele said.

"I will show my respect during the Chinese national anthem and keep my head up for now on, Love you guys."

Obviously, this isn't the first major issue with China and basketball this year -- the Houston Rockets were essentially blackballed there after GM Daryl Morey tweeted out support for Hong Kong.

The NBA is currently trying to smooth things out with the Chinese government -- and it'll be interesting to see if this latest incident becomes a factor. 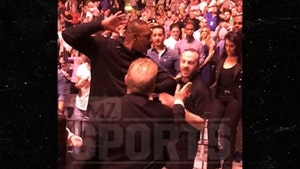 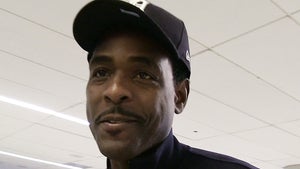