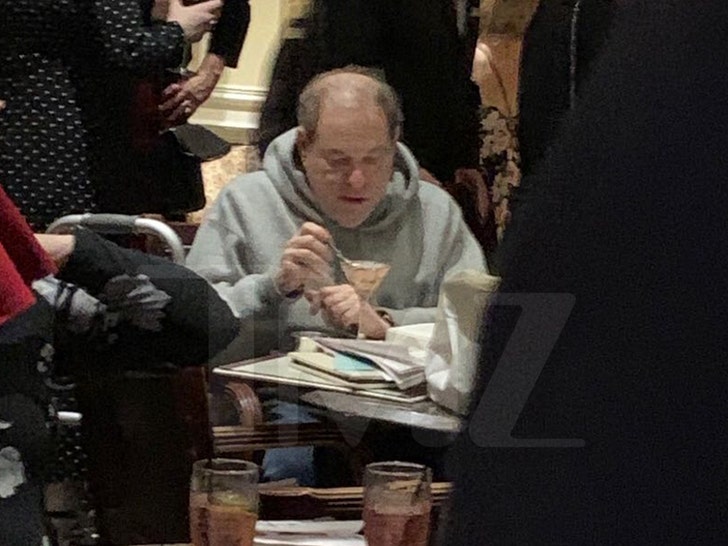 Harvey Weinstein's embroiled in multiple court cases that could land him in prison, so maybe it's not surprising he's focusing on the simple things in life ... like a bowl or 2 of ice cream.

The former movie mogul was at the Molly Pitcher Inn in Red Bank, New Jersey Saturday looking low-key in a grey hoodie. He sat alone, eating not one but 2 ice cream sundaes as he perused some paperwork.

An eyewitness tells us Weinstein used a walker as he got to his feet and left. A source close to Weinstein tells us he was at the hotel for a vacation and to get some rest and relaxation.

TMZ broke the story ... Weinstein got back surgery earlier this month, a procedure called a bilateral laminectomy. We're told the whole thing lasted around 3 hours. The surgery -- better known as decompression surgery -- enlarges the spinal canal to relieve pressure on the spinal cord or nerves.

As we reported ... Harvey could barely walk on his own when he got to court just days before his surgery ... we're told the hope is he'll be fully recovered in a few more weeks.

The heat is certain on Weinstein ... as we reported, an L.A. County Grand Jury is hearing allegations against him and we're told it will likely result in additional charges. 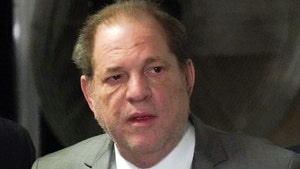 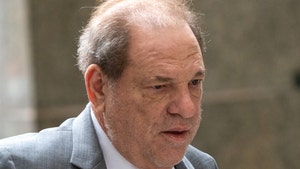