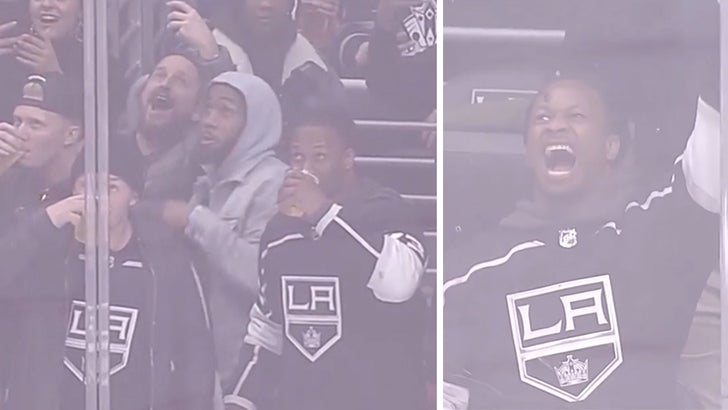 Did you know Todd Gurley could party like a frat star!??!

Neither did we ... until Wednesday night -- when the L.A. Rams running back chugged beers and bro'd down with Dodgers stars at the L.A. Kings game!!!

The video of Gurley throughout the night was more entertaining than the actual on-ice action ... 'cause the 25-year-old lived it up in on-the-glass seats for the Kings-Stars game at Staples Center.

Ya gotta watch the clip ... Gurley rages his face off, throws back some suds and even gets into a chug-off with Dodgers players Gavin Lux, Matt Beaty and Kody Hoese.

But the best part? Arena cameras broadcast almost all of it on the jumbotron!!!!

Of course, Gurley and the Dodgers could use the booze ... both squads had rough seasons, with the Rams missing the playoffs and the Dodgers exiting the postseason early.

But hey, we sure as hell enjoyed watching the party!!