Amateur Canadian golfer Laurent Hurtubise -- who was born without most of his right arm -- was competing in the PGA American Express tournament on Thursday ... when he swung away and sank a hole-in-one!!!

Hurtubise has been playing golf since he was 11 ... and has worked his whole life to be an inspiration to people living with similar conditions.

Laurent Hurtubise was born with one arm and started playing golf at age 11.

The best part?? He did it with a bunch of pros watching ... and the whole group lost it when he hit the shot!!

"That was the coolest experience I've had on the golf course," Troy Merritt said.

Fellow tour member Greg Chalmers added ... "It landed around the front of the green and we were all watching it closely as it tracked toward the hole and then, bang, it disappeared."

"We all went up in celebration and Laurent went ballistic and maybe let out a few choice words, but who could blame him? It was an incredible shot." 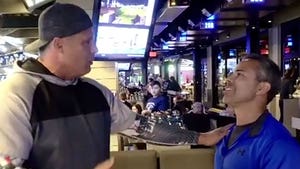 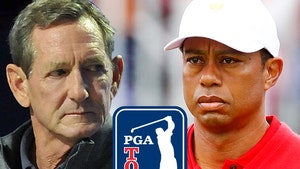