The Irish superstar sent out a random tweet Monday night raving about POTUS for no apparent reason ... maybe he was just in a super-Trumpy mood following his UFC 246 victory.

"Phenomenal President. Quite possibly the USA [Greatest of All Time]," McGregor wrote.

"Most certainly one of them anyway, as he sits atop the shoulders of many amazing giants that came before him. No easy feet. Early stages of term also. Incredible."

But, we didn't know McGregor was a Trump guy. In fact, McGregor ripped Trump back in 2015 when Donald criticized Ronda Rousey for not touching gloves with Holly Holm.

"Donald can shut his big fat mouth," McGregor said at the time ... "I don't give a f*ck about Donald Trump."

My how times have changed! 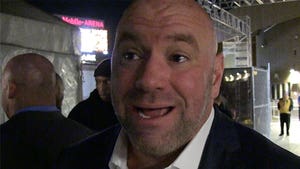