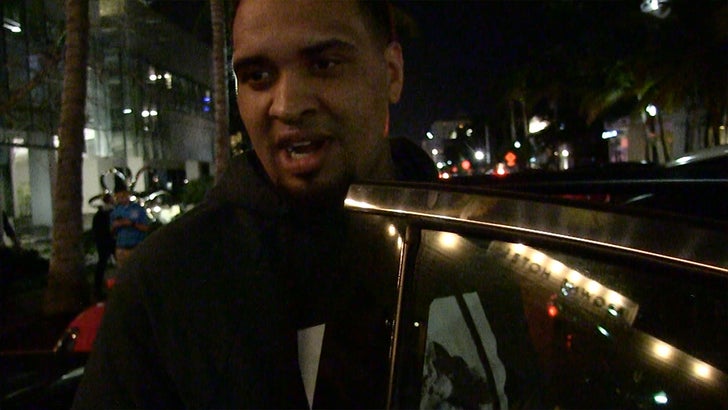 NFL star Maurkice Pouncey was one of Aaron Hernandez's closest friends -- and tells TMZ Sports the Netflix documentary about the troubled NFL star is "all bulls**t."

The documentary -- "Killer Inside: The Mind of Aaron Hernandez" -- has made headlines for several claims about Aaron ... from gay sexual relationships to prison fights to alleged gun violence.

The fiancee of the late Aaron Hernandez is speaking out for the first time since the release of a Netflix new docuseries on the life of the football-star turned-convicted killer. @arobach reports. https://t.co/fu296hhrc3 pic.twitter.com/KuQtG0ctWI

Both Maurkice and his NFL star brother Mike Pouncey were super close with Aaron for years -- and even visited him in prison -- and it's clear they don't believe ANY of the claims from the documentary.

When asked specifically about the gay claims, Maurkice echoed the comments from Aaron's fiancee ... who said they NEVER knew about that side of Aaron but would have loved him the same if it was true.

"What I know there ain't no truth to it," Pouncey says ... "We know nothing about that."

Remember, it was Pouncey who first attacked Garrett after Myles swung a helmet at Pittsburgh Steelers QB Mason Rudolph during a game back in November.

Maurkice tells TMZ Sports he doesn't think Garrett's suspension will bleed into the 2020 season -- and says the beef between the two is over ... "No hard feelings."