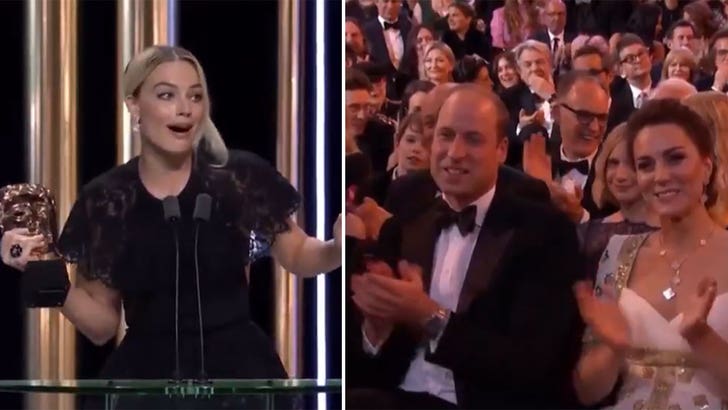 Brad Pitt's string of hilarious acceptance speeches rolled on across the pond for the BAFTA Awards where he brought up Prince Harry and Megxit ... in front of Prince William.

BP didn't make it to the ceremony Sunday night in London, so his costar, Margot Robbie, accepted his BAFTA (it's like the British Oscars) for Best Supporting Actor, and read the speech he'd written.

Margot said, speaking as Brad, "I'm gonna name this Harry, 'cause (Brad) is really excited about bringing it back to the States with him. His words, not mine. Thanks!"

The line killed ... most people seemed to laugh, and then the camera cut to Prince William and Kate Middleton in the front row. They clapped and smiled, appropriately, but watch ... they clearly knew they were on camera. BTW, Will is the President of BAFTA ... so it's kinda his show.

Of course, it's no surprise Brad went for a timely punchline in front of an audience. He's been on a comedy tour of sorts these past few weeks, joking about his single status.

Looks like that material got a bit stale, and he tried something new and decidedly British. 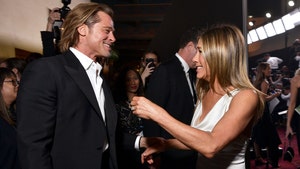