Australian F1 superstar Daniel Ricciardo is paying tribute to the late Kobe Bryant with his helmet as the new season kicks off ... showing off a design that would be Mamba-approved.

Ricciardo showed up for the opening of the Formula One preseason with an all-purple helmet ... and later on in the morning, had the design added to complete the NBA legend-inspired look. 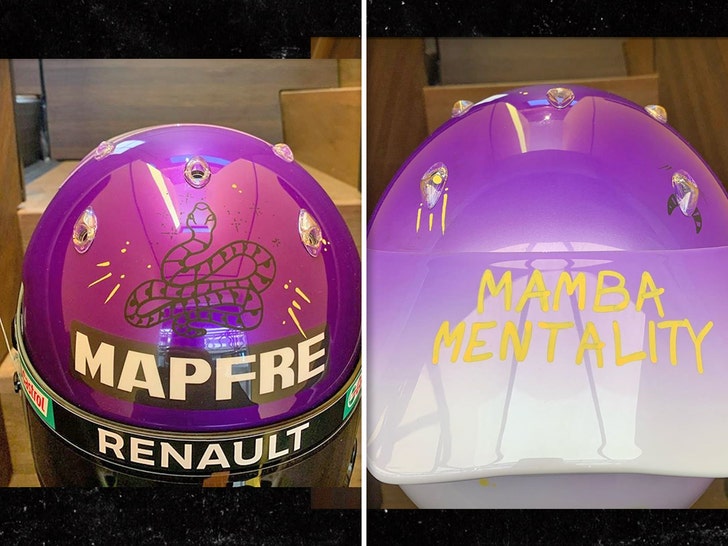 Ricciardo is a big NBA supporter and lives in L.A. ... so we take it he was a big fan of Kobe.

The helmet will be used throughout the preseason ... and Ricciardo will reveal a new design in time for the Australian Grand Prix next month.

The Kobe tributes have been pouring in since the tragic accident in January ... from the All-Star Game MVP trophy name change to many Bryant tattoos to players changing their jersey numbers.