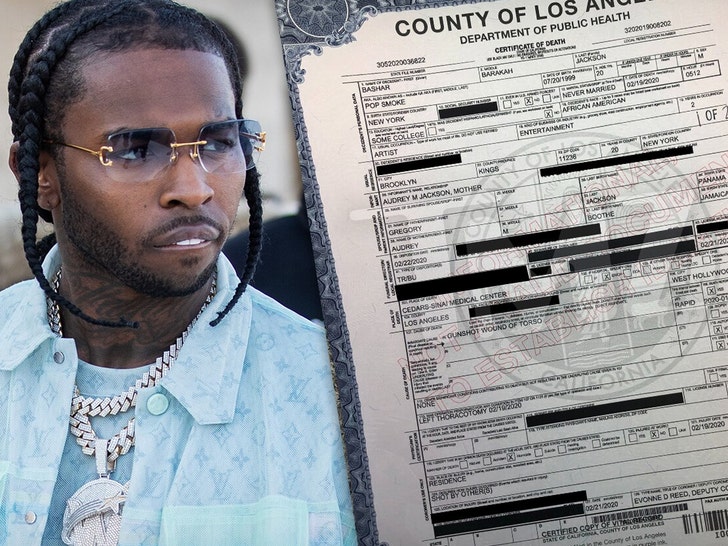 Doctors tried to save Pop Smoke's life by opening his chest after he was rushed to the hospital with multiple gunshot wounds.

Pop Smoke's death certificate, obtained by TMZ, says doctors performed a thoracotomy on the left side of his chest -- meaning they opened his chest, most likely attempting to remove bullets. As we first reported, he was hit multiple times when masked assailants broke into the Hollywood Hills home where he was staying.

Pop Smoke's cause of death was a gunshot wound to the torso, according to the document. It says the time between the shooting and his death was "rapid."

The rapper -- born Bashar Barakah Jackson -- died at Cedars-Sinai Medical Center at 5:12 AM.

The document also reveals his body was transported back to his native Brooklyn. Pop Smoke's family held a private ceremony last weekend for close friends and family.

His final burial is now scheduled for later this week. Pop Smoke was 20.

Pop Smoke Worried About Gang Members Days Before His Murder