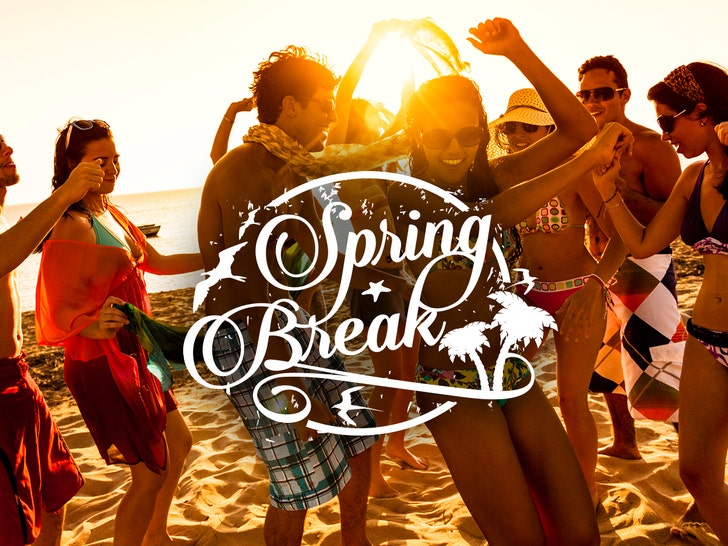 Coronavirus isn't having nearly the same impact on our neighbors to the South -- namely, Mexico -- and as such, one company is cool with shipping college kids off for Spring Break.

A rep for STS Travel -- a touring company that sells vacation and party packages -- tells TMZ ... it does NOT have any plans to cancel scheduled trips for the time being. Instead, they're moving forward ... despite a majority of their customers pulling the plug themselves.

You Heard it Here First! That's Right @DJPaulyD is Headlining Not 1.. Not 2... Not Even 3 BUT 4 Shows in Nassau w/ STS Travel!
.
.
.
Contact our office to get your group booked as the resort will sell out!#SpringBreak #Springbreak2020 #DJPaulyD #Nassau #BreezesBahamas #STSTravel pic.twitter.com/h1on49OkUI

When we spoke to STS on Monday, they said about 1,500 students were already in places like Cabo San Lucas, Cancun and Nassau -- and just 10% of their clientele from that batch had canceled over coronavirus. Now, about a week later, and right before they ship out another group this weekend, they're telling us a vast majority of customers are calling to cancel their Spring Break packages. Makes sense ... lot's changed in the past few days.

In any case, whether they're canceling now or later ... STS says none of these young bucks are automatically entitled to cash refunds, at least not outright. They tell us they are trying to reschedule people for trips down the line, but it sounds like they're hesitant to give everyone's money back. STS is putting some of that burden on the hotels and airlines they partner with, telling us some of those companies are offering credit to the kids.

It's a weird situation for sure -- STS says it's already got a bunch of people down in these tropical destinations who are supposed to be flying back soon, so they're not gonna hold up those travel arrangements, or halt those already set to take place in the coming days.

Besides that, Mexico itself is one of the few countries that's caught flak of late for allegedly taking a somewhat lackadaisical approach to the coronavirus -- with the government there allowing certain public events to move forward and not implementing hard bans like here.

This is the life. Beach 🏝 🍺 ☀️ 🇲🇽 Mexico Cabo pic.twitter.com/rzQf3JY02m

There aren't nearly as many confirmed cases in Mexico yet, so it seems Americans -- and this company who'll sponsor them -- are trying to get in their last licks while they still can. And, hey, flights are dirt cheap right now ... even if it doesn't look all that poppin' this year.

Rage at your own risk, we suppose.