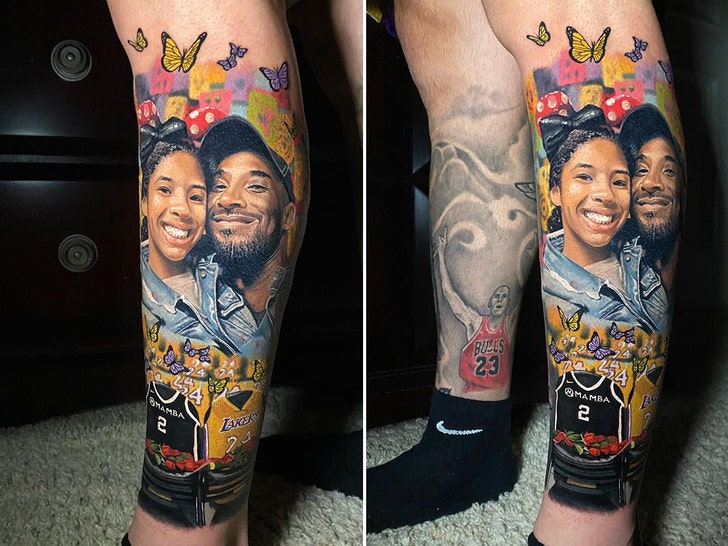 Vanessa Bryant is blown away by a man's new tribute tattoo to Kobe and Gianna ... calling the piece "beautiful" and praising the artist for the work.

"Just came across this," Vanessa said Thursday. "So amazing. What a BEAUTIFUL tribute to my Gigi and Kobe. Kobe would never want to outshine our baby girl. Thank you for honoring them together❤️"

The man who did the ink -- Steve Butcher -- is famous in the tattoo world ... he's put down art on everybody from Matt Barnes to Lonzo Ball -- and has been tattooing Kobe tributes weekly since the NBA legend's tragic helicopter crash in January.

Butcher's pieces are insanely real ... and the skin work he did on a Kobe fan's leg this month really touched Vanessa.

"This is really beautiful," she said.

The artwork features a picture of a smiling Kobe with his daughter, Gigi. It also has butterflies and a portrayal of the night the Lakers left Mamba and Mambacita jerseys on courtside seats at Staples just days after their deaths.

Of course, celebs and athletes all across the globe have gotten tattoos to honor the Lakers legend ... everyone from The Game to Odell Beckham, LeBron James and Kobe's sister have new artwork for the Mamba. 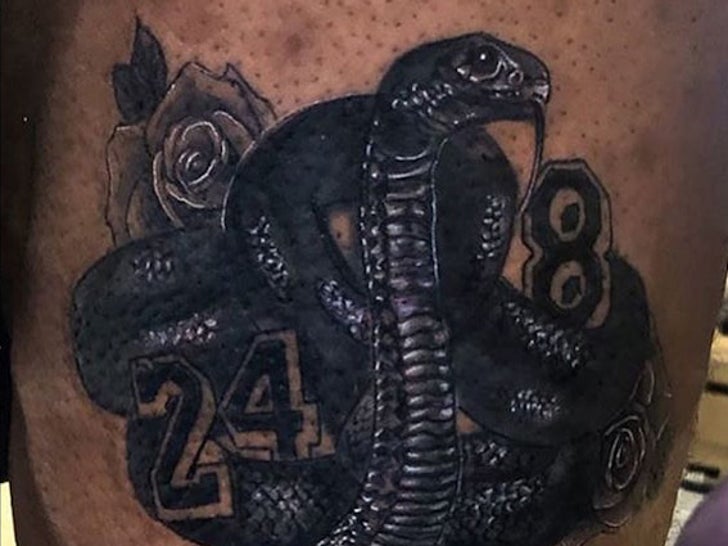 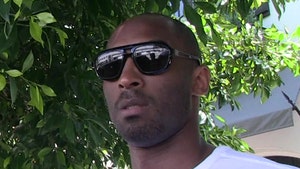 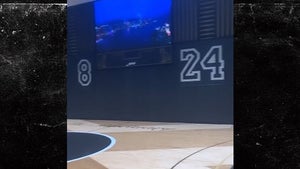