If Detroit drafted Carmelo Anthony in 2003, the Pistons would've won not 1, not 2, not 3 ... but ZERO rings!!! -- so says Ben Wallace, who truly believes drafting Melo would've hurt the team.

Remember, the hypothetical argument came up when Anthony and Dwyane Wade talked about their epic draft class on IG Live ... speculating what Melo's career would've been like if Motor City picked him instead of all-time bust Darko Milicic.

Enter Big Ben ... who says it's actually a GOOD thing the Pistons messed up with the #2 overall pick ... because Melo would've thrown everyone off.

"If we would've drafted Carmelo, I honestly don't think we would have ever won a championship," Wallace said on the 120 Watts Podcast.

"Melo would have wanted to play right away. It would have had the potential to disrupt the team chemistry."

Of course, the Pistons went on to win a 'ship over Kobe Bryant and the Lakers in 2004 without Darko's help ... and Melo is still ringless.

Not everybody on that team feels the same way, though ... Chauncey Billups thinks the Pistons woulda won 3 titles if they drafted Melo. 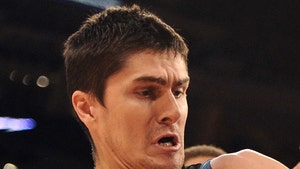 Darko Milicic To Carmelo Anthony, 'We Are Not Kids, We Are Adults' 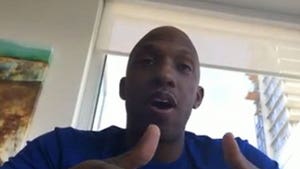 Chauncey Billups: I Belong In Hall Of Fame, And So Do Rip & Ben