Alex Rodriguez Down To End MLB Ties With Home Run Derbies, 'Why Not?!'

Alex Rodriguez is ALL-IN on the idea of breaking ties in MLB games with impromptu home run derbies ... saying Tuesday, "Why not?!"

Of course, the wacky idea was first -- at least, seriously -- brought about by Dodgers star Justin Turner last week, who said he wanted sluggers to determine results of tie games.

Under JT's plan ... if teams were knotted up through 10 innings, the big bats would come out, and whoever hit the most dingers in a derby-style finish would earn the W.

A lot of baseball purists called it crazy ... but Rodriguez said with the league playing a truncated and weird schedule in 2020 due to the coronavirus pandemic, he's all for the unique tie-breaker system.

"In 2020, I love everything," A-Rod said. "The one thing we have to signal to the world is, if you're a traditionalist, Major League Baseball is not for you. If you have any naughty, disruptive, crazy idea, make it happen this year. Try everything. Pilot everything."

Rodriguez says when the MLB eventually kicks off again this summer ... he'd even like to see teams open up their batting cages and mic up players daily.

It's unclear if, and when, baseball will have the opportunity to implement the ideas in real games ... the league said Tuesday it's still considering all its options -- including an isolated season in Arizona beginning next month. 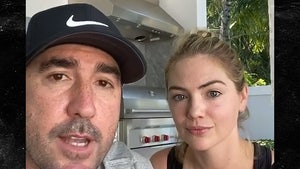 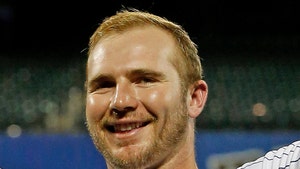