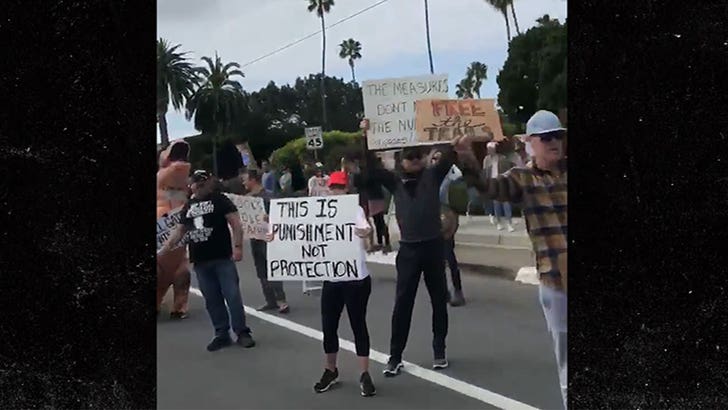 Former San Francisco Giants star Aubrey Huff is basking in the glory he finds from protesters taking to the streets near San Diego -- all of whom are demanding to be set free.

The World Series winner and ex-first baseman posted a rather telling video Sunday showing off a TON of demonstrators in Encinitas, CA -- just a stone's throw away from central SD. They were out there with a ton of signs, all with the same goal ... reopening the area -- specifically, their hiking trails, beaches and whatever else is closed out there.

Aubrey was digging the vibes. He captioned his vid, "This is what freedom looks like. Current situation in Encinitas, CA. But a friendly reminder to my fellow #coronavirus protesters. If you’re gonna demand the beaches opening back up don’t wear a mask."

I didn’t realize trump supporters are avid hikers too. Protests in Encinitas with chants of “open our beach” & “open our trails”.

I’m a surfer & don’t understand why that has been shut down but I’m not going to risk the health of my family for this idiocy. pic.twitter.com/xKgl0vFY10

Other videos captured a bunch of what appeared to be Trump supporters waving the American flag and donning red MAGA hats. Some reports even say people were chanting, "Let us surf!" near the shore. In any case, these San Diego County residents are out in force.

It's just the latest protest staged across the country -- there were several that took place on Saturday alone ... not to mention the ones that swept through the Mid-West earlier in the week ... including a couple in Huntington Beach in Orange County, not far from L.A. 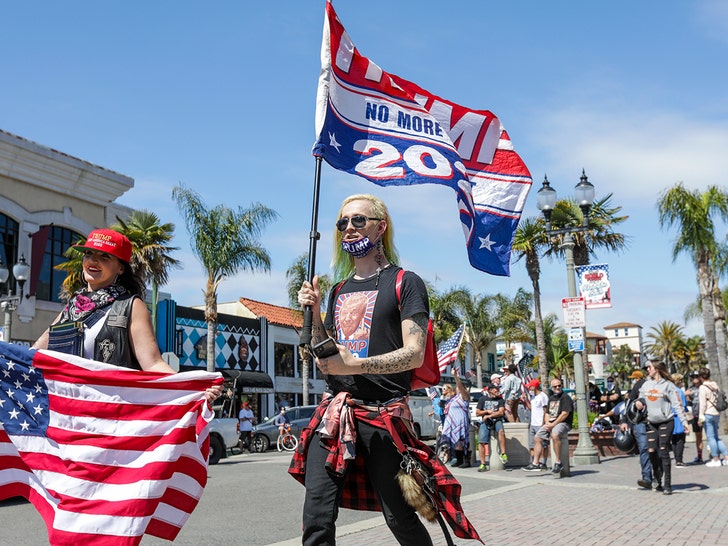 Clearly, the people are getting restless -- and with President Trump continuing to egg them on, it's probably only going to get worse from here. Where's Martial Law when you need it? 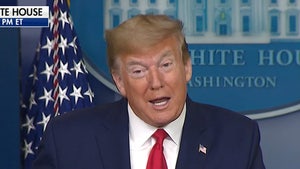 Trump Spots a Typo During Press Briefing About Singapore Testing 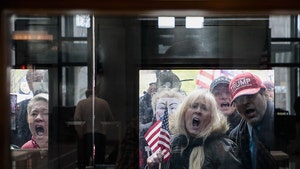