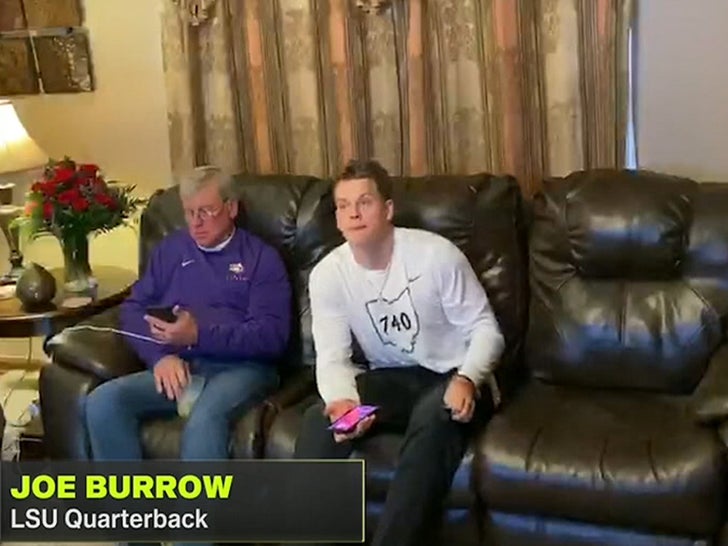 Like the shirt Joe Burrow was wearing when got the call from the Cincinnati Bengals to be the #1 pick in the NFL Draft!?

Great! Too bad you won't be able to buy one of your own!

Turns out, Burrow has an endorsement deal with Nike -- and the people at the Swoosh wanted to hook him up with something special to honor his home state of Ohio.

The result was a long-sleeved white shirt with the number 740 inside an outline of the state of Ohio.

Of course, Burrow has made sure to put a spotlight on his hometown throughout his worldwide popularity ... and even helped raise more than $500k for the Athens County Food Pantry after a powerful Heisman Trophy acceptance speech.

We reached out to Nike to find out when proud Ohioans can cop Burrow's swag ... and we were told straight-up, "It's not going to retail."

Unclear if the shirt was made specifically for the NFL Draft -- or just for Joe to rock in general.

But, with the Draft happening during the quarantine -- Joe couldn't get to a tailor to get a traditional custom suit for his big moment, so he went casual instead.

We've got a bunch of Ohio guys in our office who are losing their minds over the shirt ... hoping the folks at Nike change their minds.

Hey, if it makes dollars it makes sense, right? 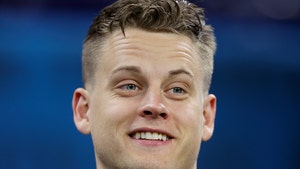 Joe Burrow Says He Could Score 15 Points In An NBA Game, For Real! 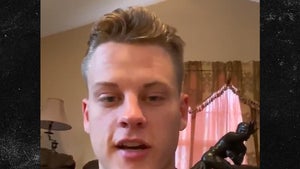