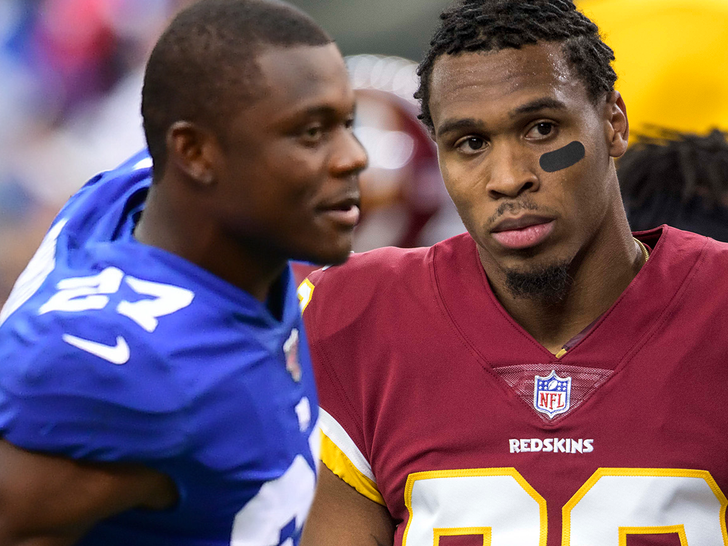 7:02 PM PT -- DeAndre Baker has also lawyered up and is denying the allegations against him.

We spoke with Baker's attorney, Bradford Cohen ... who tells us the NFL player is "innocent of any charges."

"I want to thank the Miramar Police Department for being professional in regards to surrendering and issues with the case. We understand that the officers can only base warrants on what was told to them at the time."

"We have had affidavits from several witnesses that also dispute the allegations and exculpate our client. Our investigator has had them for some time."

"We would have rather presented them to the court at the proper time, rather than in the media., but in this day and age, where some seek publicity, we seek justice."

"I look forward to moving this case forward to proper conclusion, as we believe our client is innocent of any charges."

Seattle Seahawks cornerback Quinton Dunbar claims he did NOT pull out a gun and rob people at a Florida cookout this week ... and claims he's got 5 witnesses who will back up his story.

"My client is innocent," Greico tells us ... "Never been arrested before. This is a man who's never been in handcuffs, never been in trouble. He didn't do anything wrong. He's completely innocent."

As we previously reported, Dunbar -- along with NY Giants player Deandre Baker -- are accused of taking more than $7,000 in cash and several pricey watches at gunpoint during a party gone wrong.

Officials say there were conflicting statements from witnesses as to whether Dunbar was also brandishing a gun.

Law enforcement says Baker ordered a 3rd man -- who was wearing a red mask -- to shoot someone at the party, but the masked man did not do it.

The police report suggests Baker was the shot caller -- and Dunbar was an accomplice.

But, Greico tells us his client is 100% innocent -- and he's accusing police of "celebrating" the fact they've got high profile suspects in their sights.

"They did a virtual touchdown dance on Twitter," Greico told us ... "They tagged the Giants and the Seahawks in a tweet. One of the most unprofessional things I've ever seen."

Greico is also upset officials are ordering his client to surrender in person -- which could put him at risk during the COVID-19 pandemic.

When asked if his client would surrender, Greico told us he's trying to work with law enforcement to try and get them to withdraw the warrant ... but insists he's not helping his client hide from cops.

"I'm not holding him up anywhere."

Both Dunbar and Baker are facing multiple felony charges and if convicted, they both face serious prison time. 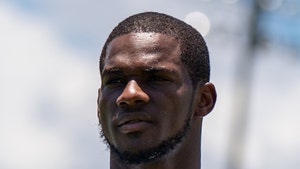 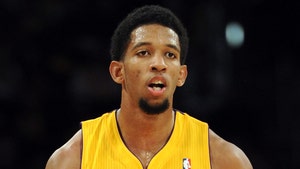