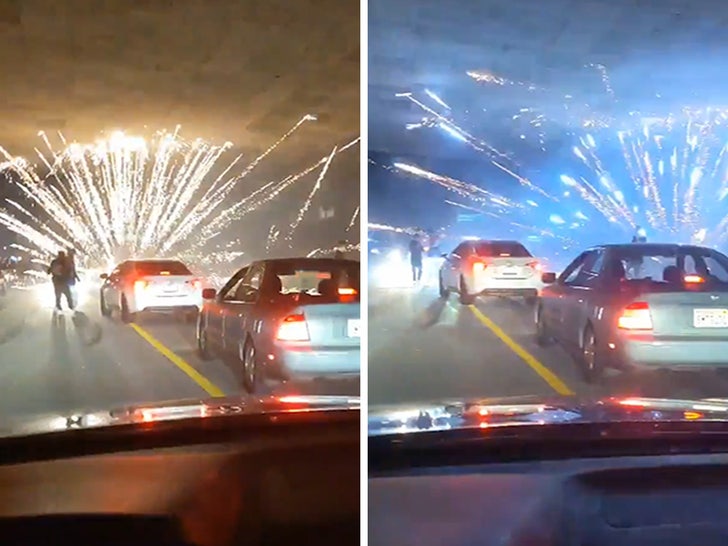 This is not what Katy Perry meant ... 50 cars filled with folks who seemed to have Independence Day on their minds, blocked traffic on the 5 Freeway Friday night for a fireworks show.

It went down in Norwalk, near downtown L.A. It was clearly choreographed. Unsuspecting drivers had nowhere to turn as explosive sounds filled the night.

I'm literally trying to get to work right now at .@kfiam640 and this is in my way on the 5 in Norwalk. #streetracing pic.twitter.com/enXmRON0gY

Aside from the fact that it's kind of a bonehead move to do this to drivers in the middle of all this craziness, the show was pretty cool.

It went down at around 10 PM and as fast as it started, it was over. They clearly knew if they hung around there would be consequences. It's illegal to set off fireworks in L.A. County with certain exceptions for controlled displays ... and this clearly wasn't one.

The Los Angeles County Sheriff's Dept. showed up, but a little too late. We're told so far, no suspects. 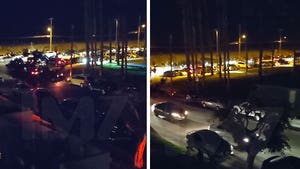