An LAPD horse went from trusty steed to fugitive on the run on Venice Beach this weekend after it somehow lost its police officer rider ... then tried to make a clean getaway.

The wild scene went down Saturday, and it starts out with a cop who somehow came off the saddle and attempted to run down the free-spirited stallion in the sand -- to no avail. It looks like the horse might be freaked out by all the people who gathered around.

Yeah, that probably didn't help ... it quickly became a spectacle.

Eventually, the big fella found his fellow horse pal standing calmly nearby with its own rider mounted on top ... and he finally settled down enough for the frantic officer to catch up and rein him in, literally. The horse stopped putting up a fight and allowed itself to be led away.

What's crazy is that once the horse was away from the massive audience, it still was being a little stubborn and jittery. But, alas, the cowboy cop broke the bronco once more ... and got back on the horse.

No official word on if they rode off into the sunset together -- probably not, it was still around mid-afternoon here. 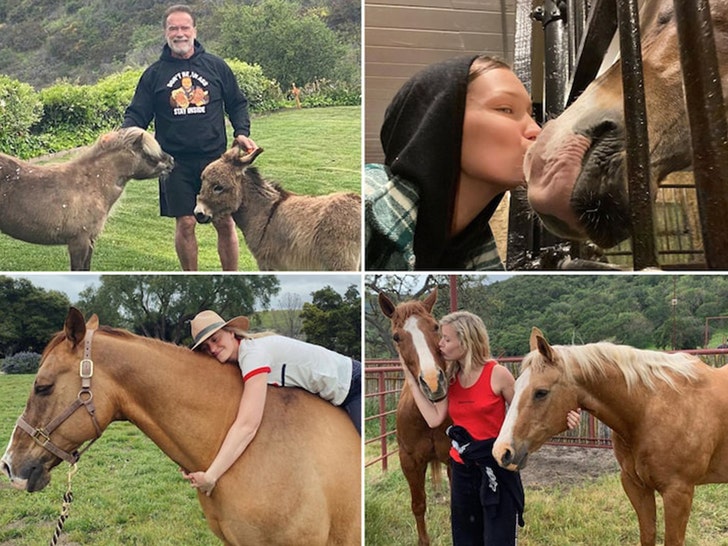 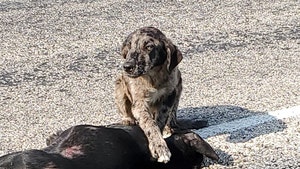 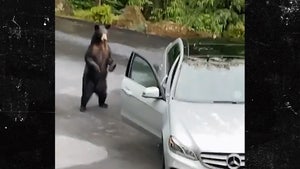