Damian Lillard just went OFF on ESPN's Dan Orlovsky over his criticism of the NBA star ... and the former Lions QB took the heat so hard, he issued an apology to Dame within minutes of the rant.

Here's the backstory ... Lillard said earlier this week he would sit out NBA games this summer if the league didn't provide his Trailblazers a "true opportunity" to make the playoffs.

Orlovsky took issue with those comments on Thursday's "Get Up!" ... and ripped the Portland superstar for coming off as "spoiled" and "entitled."

When Lillard got word of the name-calling ... he didn't hold back, taking aim at Orlovsky on social media, "Entitled and spoiled? Mf watch yo mouth. My background, family, and character couldn’t be further FROM entitled and spoiled. I said what I said!"

Lillard didn't stop there ... bashing Orlovsky for being a career backup in the NFL -- saying, "You sat out ya whole career basically."

To his credit, Dan was quick to backpedal off his comments ... writing back to Lillard, "No you’re right I was wrong to use that phrase at the end. That’s my bad."

"My comment started with saying I hope we all realize nothing is meaningless anymore. And if it’s about protecting loved ones-100%. I shouldn’t have said entitled or brat and that’s on me and my bad."

Doesn't seem Lillard cared much for the mea culpa ... 'cause he fired right back, "Go back on TV w @realskipbayless and tell all those viewers that."

"And tell skip I can answer his question as well 'what have I done' since y’all got so much to say. And I don’t know either one of y’all."

Apparently not -- Skip Bayless hosts 'Undisputed' on FS1 these days and hasn't been on ESPN in years! 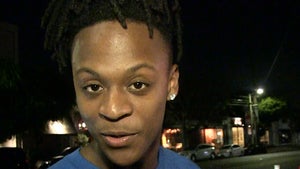 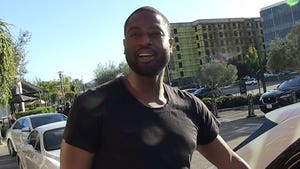