The 911 caller who reported George Floyd to police claimed he was drunk when he entered their store, and allegedly tried to pay with counterfeit money.

Police released the transcript of the call made Monday night around 8 PM by an employee at the Cup Foods ... across the street from where George was initially put in handcuffs. The caller said, "Someone comes our store and give us fake bills and we realize it before he left the store, and we ran back outside, they was sitting on their car."

The caller said they, along with a coworker, asked George to return some cigarettes, but, "he doesn't want to do that, and he's sitting on his car cause he is awfully drunk and he's not in control of himself."

The interaction between the employees and George was visible in the surveillance footage from the restaurant across the street from Cup Foods.

The operator then got a description of George and the blue van where police found him when they arrived on the scene. Before hanging up, the operator asked again if George was under the influence, and the caller said, "Something like that, yes. He is not acting right."

As we reported, when police arrived ... George was in the blue van, but appeared to peacefully allow an officer to put him in handcuffs. He showed no signs of resisting arrest ... for more than 6 minutes. So, even if he was under the influence, it had no visible impact on his demeanor with cops.

The fatal incident didn't happen until officers walked George across the street. We still have not seen any video -- police bodycam or otherwise -- of the initial moment when officer Derek Chauvin placed his knee on George Floyd's neck ... eventually killing him. 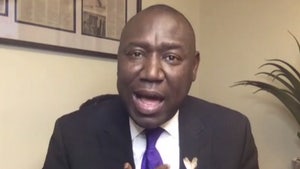 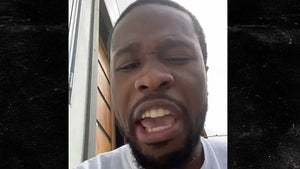