5:02 PM PT -- Here is the $88,500 check that Floyd Mayweather is sending to the Fort Bend Memorial funeral home ... to cover the costs of George Floyd's funeral services. 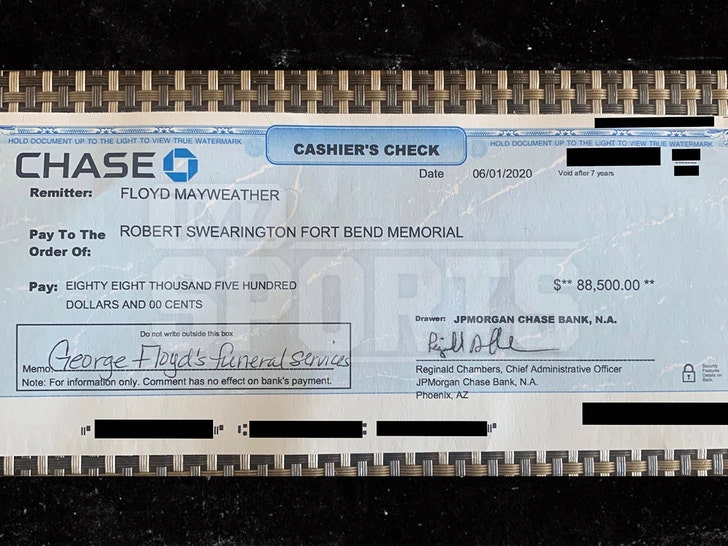 12:10 PM PT -- A rep for Mayweather tells us George Floyd's family has accepted FM's offer to pay for the funeral services.

TMZ Sports has confirmed ... Mayweather is offering to finance all 4 services for Floyd in Houston, Minnesota, Charlotte and another location to be named at a later date.

We're told Mayweather felt it was the right thing to do after learning Anzel Jennings -- CEO of the TMT music label -- grew up with George.

Mayweather's people added ... Floyd is just doing what he feels is right in his heart.

It's unclear if George Floyd's family has accepted Mayweather's offer. 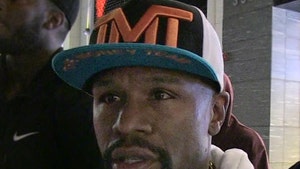 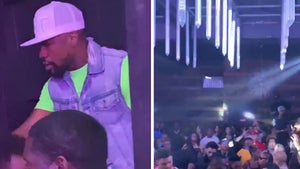