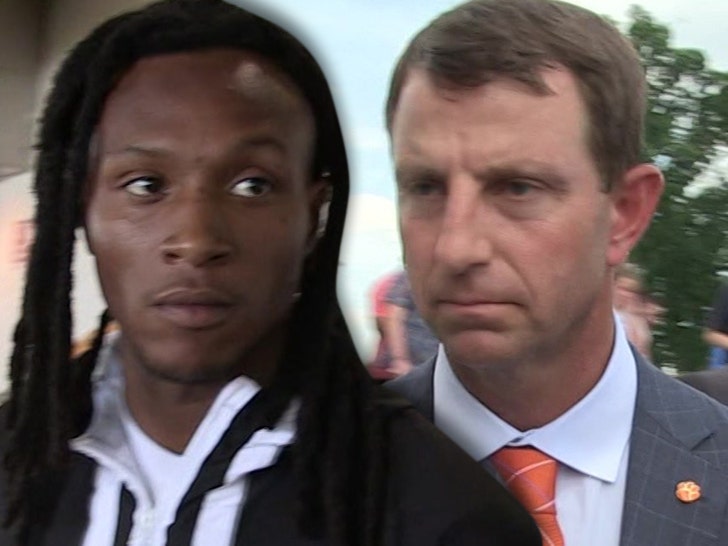 DeAndre Hopkins says Dabo Swinney is NOT the problem at Clemson -- claiming the head football coach is no racist, period.

Swinney has been under fire over a 2017 incident involving Clemson asst. coach Danny Pearman -- who admits he used the N-word during a conversation with tight end D.J. Greenlee during a practice.

Both Pearman and Swinney acknowledged it was wrong for the coach to use that language -- but insist the word was not used as a slur directed at the player.

Swinney says he addressed the incident with Pearman at the time -- but did not fire or suspend the coach. Pearman is still a member of the Clemson football coaching staff.

There is outrage at Swinney for not taking stronger action.

Also, Swinney is catching heat for a shirt he wore recently which said, "Football Matters" ... which some have declared insensitive in the wake of the recent Black Lives Matter protests surrounding the killing of George Floyd.

But, Hopkins (one of the best players to ever come out of Clemson) is sticking up for his old coach.

"One thing I do know Coach Swinney has never been a racist or had any ill will towards any player," Hopkins says.

"Best coach I’ve ever been around from a football perspective and personal perspective. He helped me become a man and grow from being a kid from Central South Carolina."

Hopkins IS taking issue with other problems at Clemson -- including the fact the Honors College is named after John C. Calhoun, a staunch pro-slavery racist.

Hopkins and fellow ex-Clemson football star Deshaun Watson have teamed up to put pressure on the school to remove Calhoun's name. 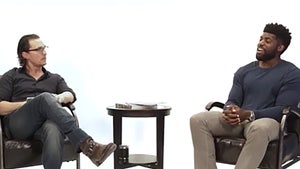