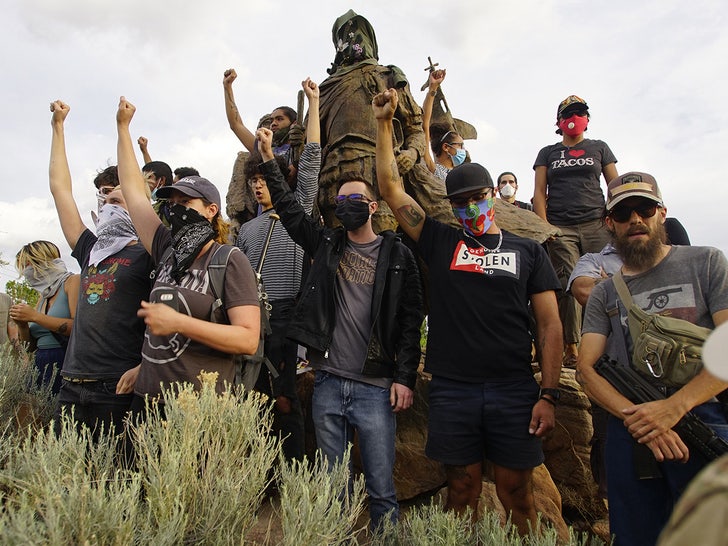 10:58 AM PT -- Cops have arrested Steven Baca Jr. for allegedly shooting the protester. They say Baca had some sort of interaction with the protesters before it was observed that he was being chased by the crowd and struck with a longboard. That's when Baca allegedly fired several rounds at the victim. Baca Jr. has been charged with aggravated battery with a deadly weapon. 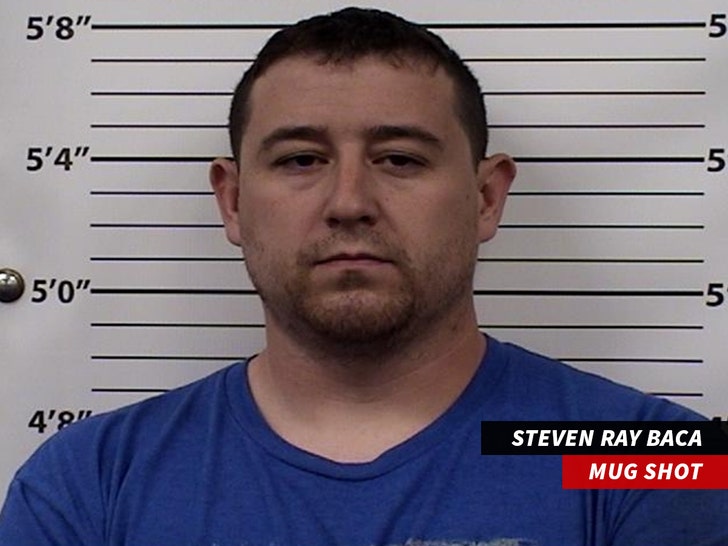 The latest scene of protesters attempting to topple a statue -- this one of a Spanish conquistador -- exploded in violence when an armed civilian militia allegedly opened fire on a New Mexico protester.

The militia -- an extremist group called the New Mexico Civil Guard -- was standing guard Monday over a statue of Juan de Oñate in front of the Albuquerque Museum. A group of protesters had gathered with the goal of taking it down ... as we've seen happen recently in several cities.

Horrible scene in New Mexico as a group calling themselves the “New Mexico Civil Guard” shot a man in an apparent attempt to stop the removal of a statue in Albuquerque.

Police have now taken several members of the extremist group into custody.pic.twitter.com/vJQuRYXQbm

At one point, witnesses told police that somebody swung a pickax at the base of the statue ... and that's when shots rang out and people were screaming someone had been shot.

The victim was hit by one bullet, and fellow protesters huddled around him as he was laid out on his stomach. Eventually, EMTs arrived to bring him to a hospital ... he was later listed as being in critical but stable condition.

The man wounded at the Albuquerque protest being taken to ambulance. Militia members taken into custody. Police attempting to clear the area. Still very tense pic.twitter.com/IcQQp2SgvL

As for the militia, those who were dumb enough to stick around came face-to-face with members of actual law enforcement -- who proceeded to take several of them into custody.

Tear gas and flashbangs were used to contain the situation and to detain the armed men -- whom cops say were disarmed by the time they were done with them. It's unclear if police caught the actual shooter ... and the FBI's already been looped into the investigation.

Remember, protesters successfully dismantled several statues of Civil War figures and Christopher Columbus within the last 2 weeks. All of those incidents went down peacefully ... meaning, no one attempted to protect the statues. 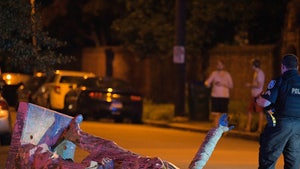