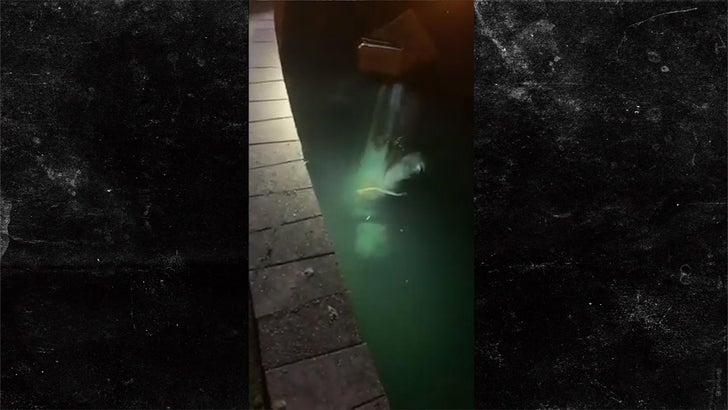 Controversial statues of historical figures with racist or oppressive pasts are going down -- and the latest target is Christopher Columbus.

Two statues of the infamous Italian explorer -- credited (though incorrectly) with discovering the Americas, and ruining the lives of indigenous people -- were vandalized beyond recognition (or sight) in Boston and Richmond, VA Tuesday evening ... and for now, they'll be MIA.

In Virginia, CC's monument was found toppled over and dunked in a lake at Byrd Park -- this after protesters there reportedly set it ablaze and demanded it be taken down. Some folks had signs decrying what Columbus represents to some -- genocide, thievery, etc.

Eventually, the thing was stripped down from its pedestal with ropes ... and then rolled over to the nearby water, where it stayed overnight. Officials removed it early Wednesday and took it to a secure location. Cops say no arrests were made over the vandalism. 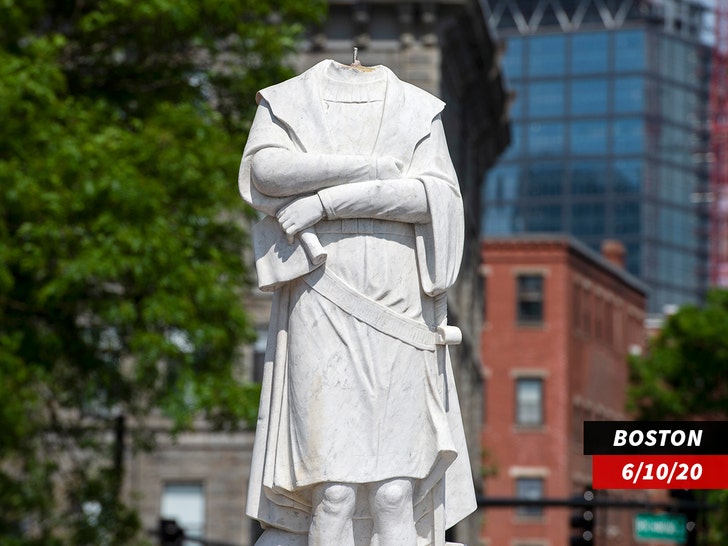 That wasn't the only place that let ol' Chris have it -- out in Beantown, vandals there too did away with a statue of the man ... but did so in pieces, starting with his whole noggin.

Yes ... somebody beheaded the statue, and it's also been removed from where it stood in North End Park ... with discussions currently in place on whether to bring it back anytime soon. The head was left nearby on the ground, as police taped off the scene.

This, of course, comes on the heels of Brits rolling a statue of slave trader Edward Colston into the harbor there from across the pond ... and let's not forget King Louis XVI out in Kentucky.

Not only that ... but a statue of Robert E. Lee in Virginia, no less, has also become a flashpoint of controversy lately. The governor there vowed to have it removed amid the protests, but a judge just temporarily blocked that move, after someone sued to stop it.

REL's fate will have to be hashed out in court, but he'll be safe for the next 10 days due to the judge's order.