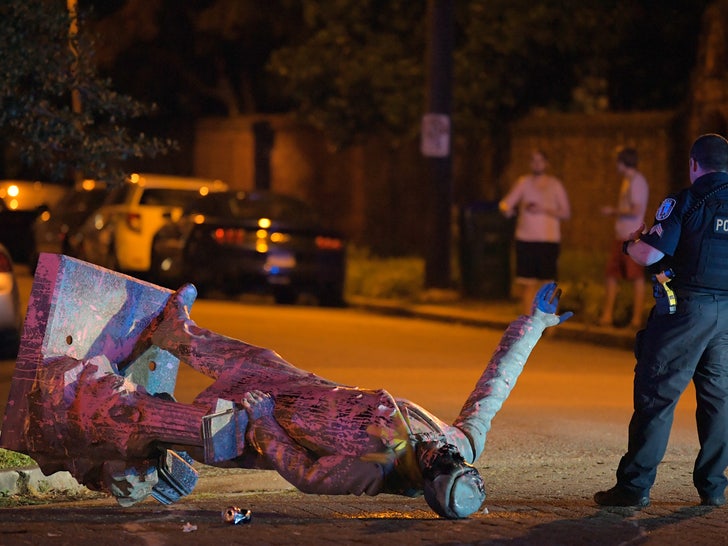 Confederacy President Jefferson Davis just suffered his second biggest defeat ... a statue honoring him in the former Confederate capital is no longer standing.

A crowd cheered as the Davis statue was toppled late Wednesday night, and left it in the middle of an intersection -- continuing a trend that started last weekend of protesters taking matters into their own hands when it comes to problematic historical figures.

Video of the torn down Jefferson Davis monument in Richmond getting towed away pic.twitter.com/RYGphPMKci

The Davis statue -- which stood in the former Confederate capital since 1907 -- was eventually picked up by a flatbed tow truck as protesters chanted "F**k that statue!"

Even that was a classier send off than Christopher Columbus got. As we reported, 2 of his monuments were beheaded this week -- one of which got dumped in a lake -- and in the UK, slave trader Edward Colton's statue was tossed into a river. All of this is the result of worldwide protests of the killing of George Floyd.

Ol' Prez Davis could be the first domino to fall in Richmond which also has statues honoring Generals Robert E. Lee and "Stonewall" Jackson.

Fun Fact: tennis great Arthur Ashe also has a statue on Richmond's Monument Avenue. Pretty sure that one will be alright.

You Might Want to Rethink Politix Controversial S#!T Fairly Legal