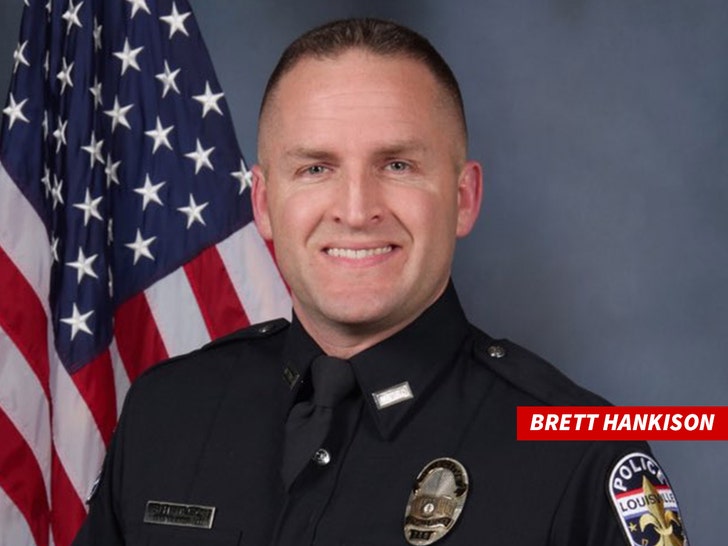 Brett Hankison, one of the 3 Louisville cops who fired their weapons during the deadly March 13 raid at Breonna Taylor's home ... is about to be tossed off the force.

A letter from police Chief Robert Schroeder says Hankison had "violated obedience to rules and regulations," and use of deadly force while serving the no-knock warrant at Breonna's home.

The letter also says, Hankison "displayed an extreme indifference to the value of human life when [he] wantonly and blindly fired 10 rounds into the apartment of Breonna Taylor." The chief also calls out Hankison for firing on someone he did not know posed a threat, and also for firing through a patio door without knowing who or what was on the other side of it. 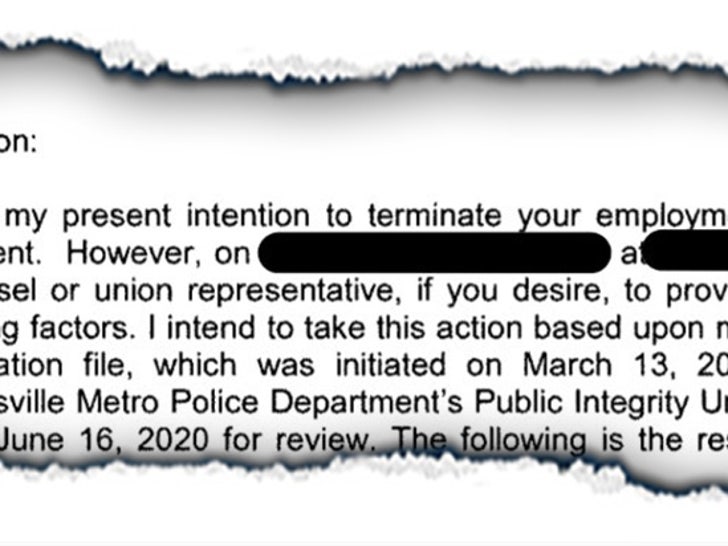 As we've reported ... the 3 officers -- which includes Sgt. Jonathan Mattingly and Myles Cosgrove -- had been placed on administrative reassignment but were still part of the force, until Hankison's Friday firing.

On Thursday, KY Attorney General Daniel Cameron addressed the investigation into Taylor's death, saying his team was working nonstop ... but had nothing to report yet in terms of possible charges for the officers.

Instead, he pled for patience and peace and vowed to follow the truth and be "thorough and fair" to everyone involved. 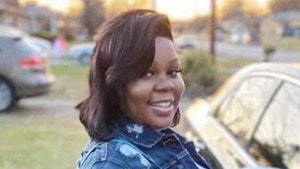 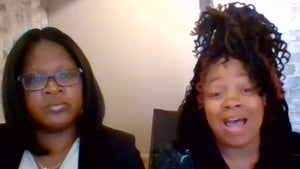