10:37 AM PT -- 6/22 NASCAR officials have just added "#IStandWithBubba" in white paint on the track's grass for today's race. 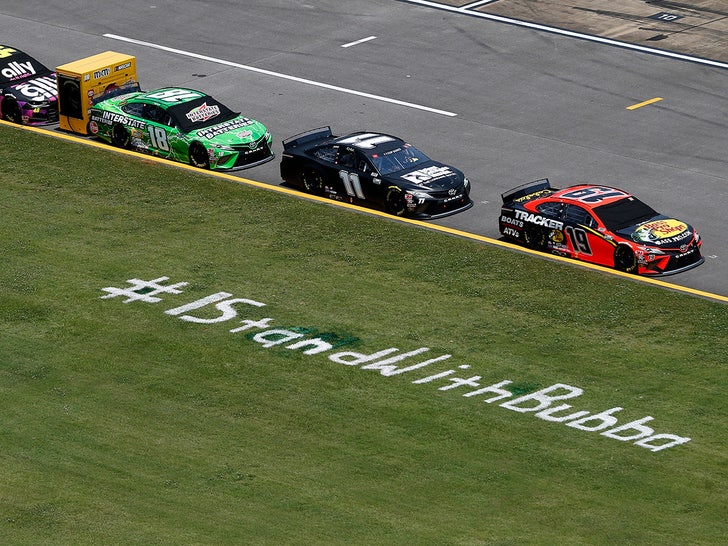 9:40 AM PT -- 6/22 The FBI has made its way to the racetrack to begin its investigation into the incident.

"The U.S. Attorney’s office for the Northern District of Alabama, FBI and the Department of Justice Civil Rights Division are reviewing the situation surrounding the noose that was found in Bubba Wallace’s garage to determine whether there are violations of federal law," officials said in a statement Monday.

"Regardless of whether federal charges can be brought, this type of action has no place in our society."

"There is absolutely no place in our sport or our society for racism," 82-year-old Petty says.

"This filthy act serves as a reminder of how far we still have to go to eradicate racial prejudice and it galvanizes my resolve do use the resources of Richard Petty Motorsports to create change."

Petty continues, "The sick person who perpetrated this act must be found, exposed, and swiftly and immediately expelled from NASCAR."

"I believe in my heart this despicable act is not representative of the competitors I see each day in the NASCAR garage area."

"I stand shoulder to shoulder with Bubba, yesterday, today, tomorrow and every day forward."

Bubba Wallace -- the only Black driver in NASCAR's top series -- confirms a noose was found in his team's garage stall at Talladega Superspeedway on Sunday ... and now the racing org is investigating.

The noose was found by a member of Wallace's team -- just hours after someone flew a Confederate flag over the legendary Alabama track to protest NASCAR banning the symbol at all events.

The crew member who found the noose immediately alerted NASCAR, which is now working with law enforcement to find the culprit.

"We are angry and outraged, and cannot state strongly enough how seriously we take this heinous act," NASCAR said.

"We have launched an immediate investigation, and will do everything we can to identify the person(s) responsible and eliminate them from the sport."

Wallace called the situation a "despicable act of racism and hatred" -- and says he's "incredibly saddened."

He added, "We will not be deterred by the reprehensible actions of those who seek to spread hate. As my mother told me today, 'They are just trying to scare you.'"

"This will not break me, I will not give in nor will I back down. I will continue to proudly stand for what I believe in."

"[Bubba Wallace] my brother! Know you don’t stand alone," Bron said ... "I’m right here with you as well as every other athlete."

"I just want to continue to say how proud I am of you for continuing to take a stand for change here in America and sports! NASCAR I salute you as well!"

As for the confederate flag flyover which took place before the Geici 500 race was set to begin -- still unclear who was responsible for that. NASCAR says they're looking into that as well. 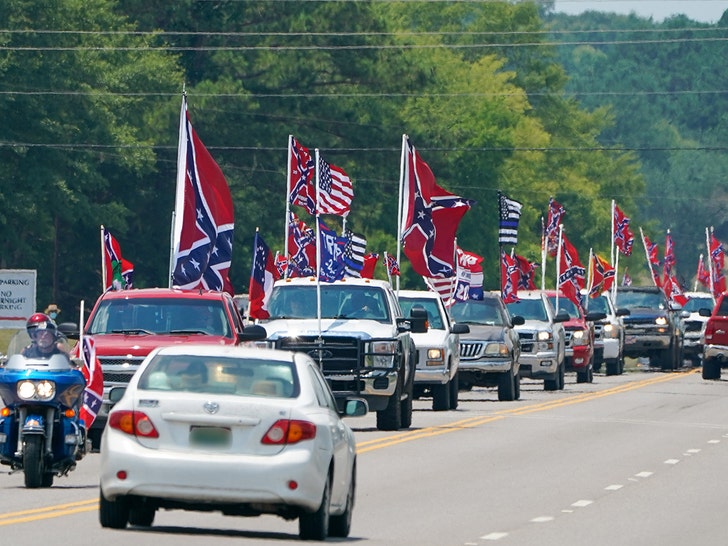 That wasn't the only display of the Confederacy either -- not by a long shot. While no Confederate flags were allowed inside the venue, a bunch of truck drivers rolled past the Speedway in what seemed to be a coordinated protest parade, with many flying the flag.

Some folks who wanted to show it off some more even set up camp across the street, and were proudly displaying the Confederate flag, alongside some Trump flags too. 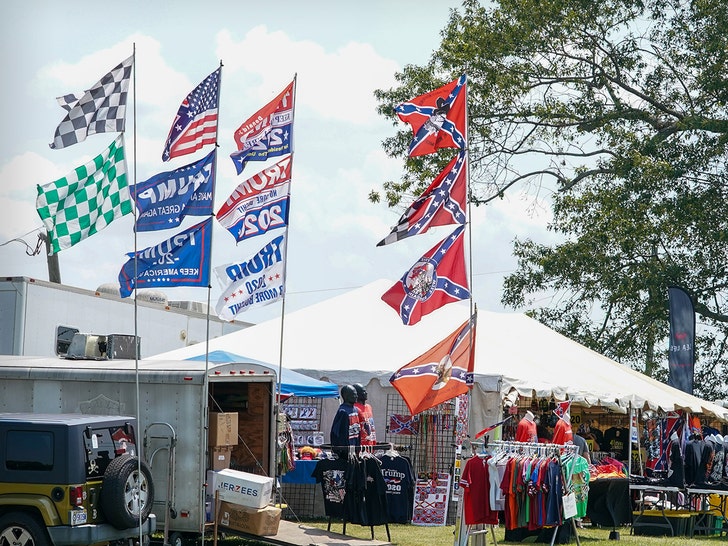 Obviously, some people aren't all too pleased with NASCAR's new policy. But, it doesn't sound like the org gives a damn about them, 'cause one of their top dogs took a swipe at the people acting in defiance ... flatly rejecting their thinking, and calling them names too.

Steve O'Donnell, NASCAR's executive VP, addressed the fly-over on Twitter, writing ... "You won’t see a photo of a jackass flying a flag over the track here...but you will see this... Hope EVERYONE enjoys the race today." 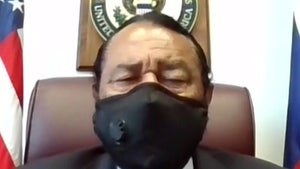