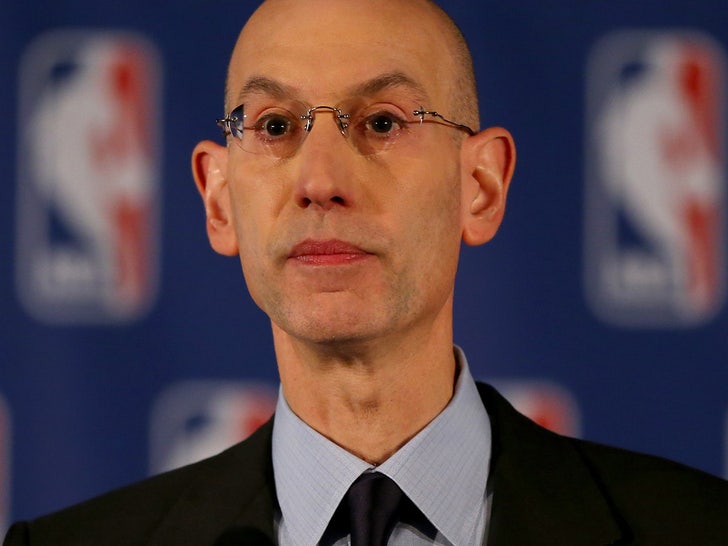 "Certainly if we had a lot of cases, we are going to stop. You cannot run from this virus."

That's NBA commissioner Adam Silver acknowledging his plan to continue the season in Orlando could hit a huge speed bump if players and staff continue to test positive for COVID.

Of course, several NBA players have tested positive for coronavirus recently ... including DeAndre Jordan, Jabari Parker, 3 members of the NO Pelicans, several members of the Denver Nuggets organization and more.

And, with concern growing, Silver addressed the issues Tuesday during an appearance on 'TIME 100 Talks' ... saying he's still "pretty confident" the season will happen, but nothing is certain.

"We and our players together with their union, look at the data on a daily basis. If there were something to change that was outside of the scope of what we are playing for, certainly, we would revisit our plans."

"We are testing daily," Silver continued ... "We haven't put a precise number on it, but if we were to see a large number of cases and see spread in our community, that would, of course, be a cause to stop as well."

Silver says the league has a team of medical and science experts to help guide them through the pandemic plan.

"I am absolutely convinced that it will be safer on this campus than off this campus because there aren't many situations that I am aware of where there is mass testing of asymptomatic employees," Silver said.

"In some ways, this is maybe a model for how other industries can ultimately open. But, I am only going to say we will be responsible and watch what is happening, but the biggest indicator will be if we begin to see a spread in our community."

The NBA season is set to tip-off on July 31 -- but some teams are planning to begin travel to Orlando as early as July 7.