Worth noting -- the one dissenting vote was the Portland Trail Blazers, according to Shams Charania.

Unclear why — but it might have something to do with Dame Lillard’s concerns. Last month, he threatened to sit out unless the Blazers had a "true opportunity" for the playoffs in a return to play ... saying, "I'm not going to be participating."

So far, it seems most people believe the plan DOES give the Trail Blazers a real shot to win a title, but alas … they voted against it anyway

Which now begs the question … will Dame take the court when play resumes? We’ll find out next month.

The NBA's returning in a big way ... league officials are expected to approve a plan for a 22-team July comeback in Orlando, according to multiple reports.

The expectation is the 16 teams currently in the playoff picture will be joined by 6 more in a July 31 return ... all in a bubble-like atmosphere at the Walt Disney World resort in Florida.

Of course, that would mean 8 teams will remain at home for the conclusion of the 2019-20 season.

The plan is expected to feature a play-in style tournament for the teams vying for the 8th and final spot ... while the others already firmly in the playoffs will play 8 more regular-season games to determine seeding.

The league is expected to ratify the plan Thursday.

Of course, it's huge news ... assuming the pandemic allows it, the NBA will now join the NHL in comebacks this summer.

The plan also seems to satisfy those with concerns over a return ... remember, Trailblazers star Damian Lillard said he would NOT play in games if his team wasn't given a fair shot at the playoffs.

Seems this accomplishes that and more.

Getchya popcorn ready ... SPORTS ARE BACK!! 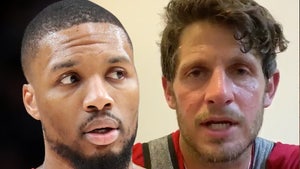 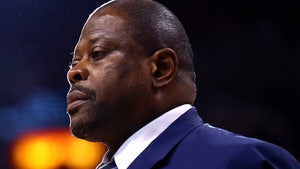