Here are the faces of a Beverly Hills doctor and his girlfriend, who allegedly stole $52 MILLION in an elaborate scheme that preyed on sober living patients to bilk insurance companies.

Dr. Randy Rosen and his GF, Liza Vismanos, were arrested earlier this week and have been charged with a staggering amount of felonies in 2 separate cases connected to the alleged scheme.

Rosen's facing 88 felony counts in connection with recruiting and hiring numerous body brokers to find and pay patients to have medically unnecessary implant surgeries, cortisone shots and other medical testing and procedures ... according to the Orange County D.A.'s Office.

Vismanos is facing 56 felony counts as Rosen's alleged partner in the scheme. She's also the owner of the Lotus Laboratories in Los Alamitos, CA ... which Rosen allegedly used for unnecessary drug testing for his patients.

Four others have also been charged in connection with identifying and recruiting potential patients for the bogus medical procedures.

OC D.A. Todd Spitzer says of the case ... "Vulnerable sober living patients who were trying desperately to battle their addictions were treated like human guinea pigs just to make a buck."

Both Rosen and Vismanos are still in custody. Rosen's bail's been set at $16 million and his girlfriend's at $3 million. 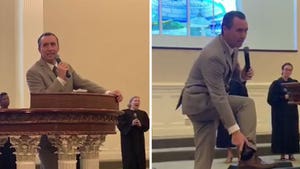 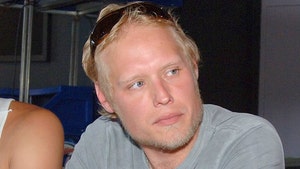