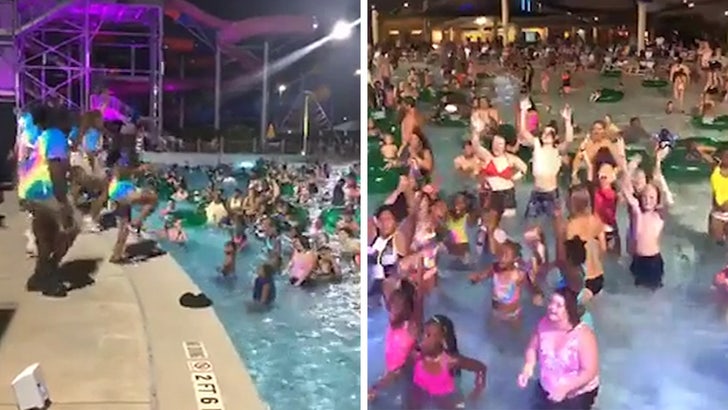 A Houston-area water park is getting hosed with backlash after their packed-to-the-gills nighttime rager got put on blast -- but the place is sticking to its guns, despite a ghastly increase in COVID cases that is about to overrun the City's ICU's.

Typhoon Texas Houston was super busy Friday night during one of its night swims. The park is known for staying open after dark ... they do a whole glow-in-the-dark show and all.

Sure enough, a lot of folks recorded the goings-on ... which amounted to little or no social distancing, on dry ground and in the pools. And, of course, hardly a masks.

Noah’s Ark Waterpark in the Dells. All things considered, this is a pretty big crowd. I’ve seen a couple of people wearing masks. Hear from the parks GM tonight on #News3Now @WISCTV_News3 pic.twitter.com/lgRJ9aqbyr

Now, we've seen this before -- notably, in Wisconsin last weekend. There, too, the place was jam-packed with not a whole lot of safety precautions being taken by really anyone.

As far as Typhoon Texas goes, though, they say they're doing everything they can to keep people safe -- regular cleaning of the tubes and slides, putting out hand sanitizer stations and having their cabanas and seating areas spread out.

They also say there's tons of signage telling people to practice proper social distancing -- it certainly doesn't look like it's being enforced too extraneously if we're being honest.

-Testing is up just shy of 50% (still waiting for fresh numbers for today) in the same time frame. pic.twitter.com/jeVcr3sqME

It's a shame, because the COVID numbers in Texas -- much like elsewhere across the country -- are skyrocketing. Deaths in Texas are reportedly up 108% over the past seven days, and Saturday marked the highest single-day case count at 10,351. Wild figures.

But, enjoy your summer, we suppose. 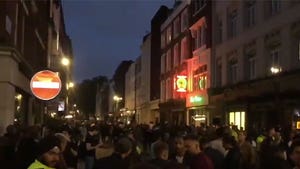 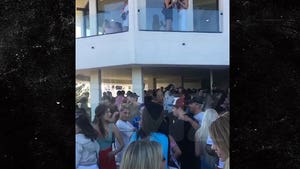