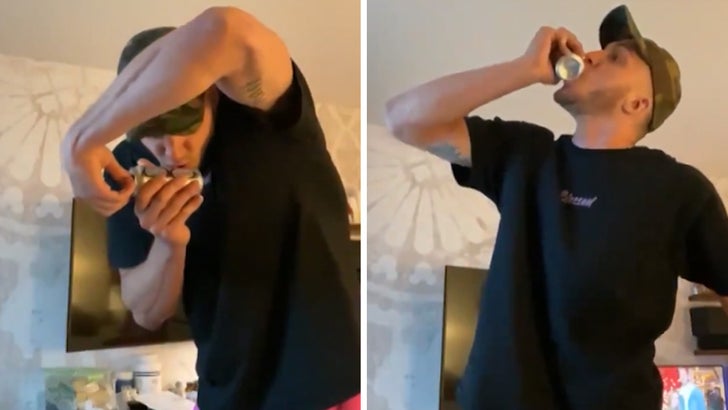 That's how long it took for Meyers Leonard to chug a full can of Coors Light in his Orlando hotel room this weekend ... AND, GUYS, THE NBA BUBBLE IS LIT!!

Check out video of the Miami Heat's 7-footer taking down the suds like it was a shot of water ... we clocked him at an otherworldly 3 seconds!!

"King of the Bubble," 28-year-old Leonard said of his unreal drinking ability. "Accepting all challengers."

The beer-crushing feat came on the heels of JJ Redick putting up an impressive shotgun performance of his own ... and it now appears this will be a Bubble thing going forward.

Because after Leonard posted his footage ... Jazz guard Jordan Clarkson said he wanted in on the action -- and it looks like we're going to have an all-out chug fest in Florida!!

"JC, you name the time, place, and $$ amount and I’m there brother," Meyers told Clarkson. "Count on it."

It's unclear what Jordan's drinking skills are ... the 28-year-old has yet to show off his can-crushing talents -- but it doesn't seem this is a battle worth fighting, 'cause Leonard says he's got room to improve EVEN MORE!!

"I messed up the beer crack too," Leonard said of the epic chug. "Slowed me down."

Yeah ... you sure you want that smoke, Jordan?! 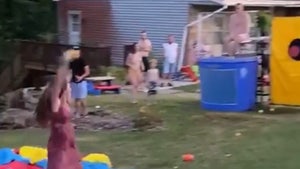 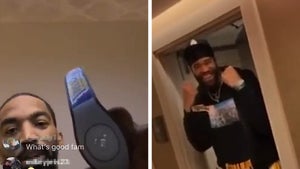