Angry Woman has Measuring Tape Meltdown at the Beach 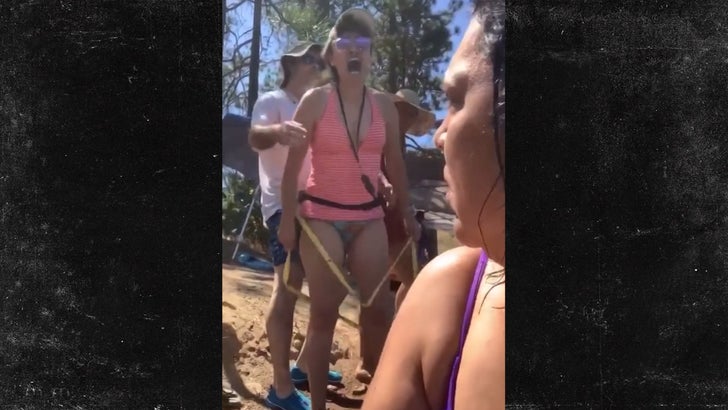 There's a new Karen in town ... and she's freaking out while wielding measuring tape.

It's unclear exactly what set this lady off, but it sounds like she's screaming something about protecting her family ... and she clearly has spacial issues.

According to the woman recording the video and her friend ... they went to the beach to have a nice, relaxing day until the angry woman went crazy on them.

They say Measuring Tape Karen ID'd herself as a nurse, and wanted them to move farther away from her, "because she feels like it."

Perhaps she felt they weren't social distancing enough, but that kind of goes out the window when you accost people and scream at them without wearing a mask.

Eventually, the mad lady was dragged away as she let out another primal shriek, shouting ... "It's people like you that are ruining it for all of us!"