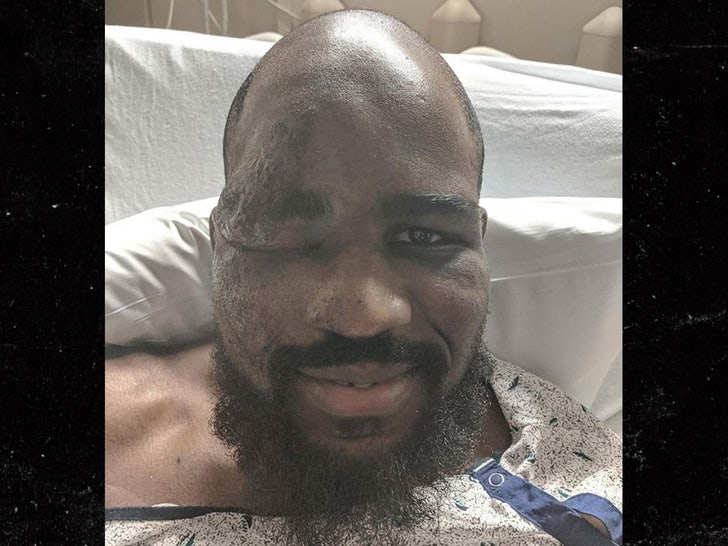 Terrifying news about UFC star Corey Anderson -- who's revealing he suffered massive facial injuries during a medical emergency back in February.

But, this story has a happy ending ... the UFC's #4 ranked light heavyweight has recovered and is cleared to fight again.

Here's the deal ... Anderson "blacked out and collapsed" on a gravel road on Feb. 21 -- less than a week after suffering a knock out loss to Jan Blachowicz at UFC Fight Night.

Anderson, who's a real outdoorsman, says he was scouting some land on Feb. 21st when something went wrong and he was raced to the emergency room for treatment.

Anderson says he spent 5 days in the ER with doctors trying to figure out what happened.

"All but one said it was [due] to major concussion and lack of water and food after hiking through the woods for hrs," Corey says.

"One doctor would tell me it was my heart ... that my heart had stopped beating and it could happen again but next time in a fight!!"

Anderson says the diagnoses hit like a ton of bricks -- "Instantly my wife's face [changed] and my emotions as well."

The 30-year-old says he continued to see doctors for months -- and underwent "2 very painful outpatient heart procedures to find more evidence to go along with that ONE doctor's notes."

"He had put a complete halt to my career as a fighter until it was clear my heart was safe to compete."

The good news ... Anderson says the recovery has been going well and last Monday he was cleared to fight again.

"As of last Monday night, I left hospital for the final time after my last procedure, with clearance note in hand, and the doctor telling me 'Congrats Mr. Anderson, I can let you go back to beating people up!'"

He adds, "This [whirlwind] 5 months have put ALOT of things into perspective and as a veteran fighter who in the past has just fought with reckless abandoned with no care for rest and mental health long as I can keep fighting. I advise you other fighters to look after your health."

"If you took some big shots to your head in a fight or practice, take the proper time to recover. It took me having my son sitting there looking at me in a hospital bed to realize there is real life after fighting and I want to be here to enjoy it."

Anderson also thanked the UFC for helping him to get the medical care he needed.

Anderson is 13-5 as a pro with signature victories over guys like Johnny Walker and Glover Teixeira. 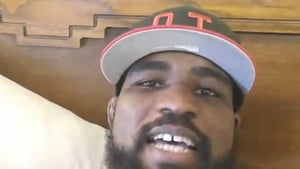