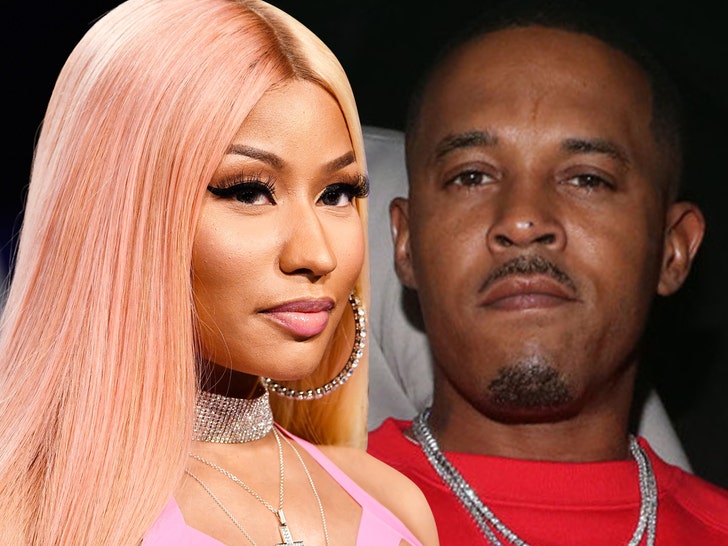 3:37 PM PT -- 7/31 -- Kenneth can be in the room when Nicki gives birth ... a judge just granted his request to tweak his pre-trial release conditions so he can travel with Nicki.

With the court's order in place, KP can travel with Nicki periodically on biz trips as her manager and be there when their baby's born.

Nicki Minaj's husband really wants to be there for the birth of the couple's first child ... a once-in-a-lifetime moment he might have to miss due to his pending criminal case.

Kenneth Petty just submitted legal docs, obtained by TMZ, begging the judge to modify the terms of his pretrial release conditions so he can travel with Nicki periodically on business as her manager and attend the upcoming birth of their baby.

As you know ... Kenneth recently registered as a sex offender in Cali after getting arrested for allegedly failing to do so when he moved to the state with Nicki. Some of the terms of his pretrial release -- he has a curfew and his travel is restricted to California.

According to the docs, Kenneth wants the judge to tweak his release conditions so he can be by Nicki's side if she gives birth outside his curfew hours.

Kenneth says the U.S. Attorney's Office and pretrial services office don't oppose his request, so now it's up to the judge to sign off.

As we reported ... Nicki announced her pregnancy earlier this month, and it looks like she's at least 6 months along. So the baby could be coming soon.

BTW ... Kenneth's status as a sex offender stems from a 1995 New York conviction for first-degree attempted rape. Petty pled not guilty to failing to register as a sex offender, and a judge recently gave him permission to surf the web.

Now, Kenneth's hoping to go 2-for-2 with the judge.