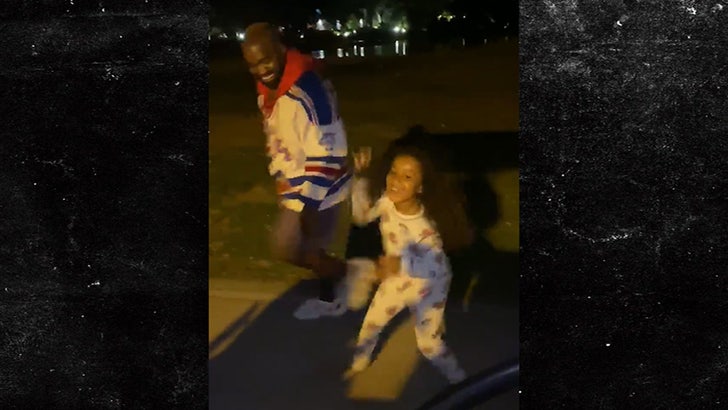 Kanye West and Kim Kardashian have had a rough few months, but there's still room for joy ... and that's exactly what they got when North busted a move, to the delight of her parents.

The family is in the Caribbean as Kim and Kanye try and work on their marriage, but on Friday night Ye was singing "Push The Feeling On" and then jumped out of his golf cart and started dancing. North then followed suit, jumping off the golf cart and joining in.

Kim's shooting the vid and she's laughing hard as Kanye and North do their dance-off. North jumps back in the golf cart as Ye runs alongside it.

We broke the story, Kim Kardashian and Kanye West are staying in a fortress-like estate with their kids to work on their marriage. Kanye has been active in his political campaign this week, posting campaign messages as his team tries to gather signatures to qualify for the ballot in a number of states.