2:40 PM PT -- The auction house is now working with law enforcement to get to the bottom of the alleged theft.

Heritage Auctions says a rep has spoken with both Thomas and the Westchester Police Dept. ... and the trophy will remain in H.A.'s Dallas office pending the results of an official investigation.

"Thomas said he loaned the MVP trophy, along with several other items that were stolen from the trophy case in recent years, out of respect and affection for Coach Pingatore, who died on June 26, 2019, at the age of 82," Heritage Auctions says.

Thomas also issued a statement essentially thanking Heritage Auctions for working with him on the matter.

"For me and my family, the silver lining in all of this is that it showed up at your house [Heritage Auctions]. We never would have known, so we are grateful and I am thankful that the item was found and will be returned."

Isiah Thomas was furious when he saw his 1984 NBA All-Star Game MVP trophy hit the auction block recently -- claiming it's "stolen" property that was heisted from his old high school.

The trophy itself is a pretty cool item -- Thomas won the award after posting 21 points, 5 rebounds and 15 assists while playing against guys like Magic Johnson and Kareem Abdul-Jabbar.

Thomas says he allowed the trophy to be displayed at his old high school in Illinois, but claims it was stolen back in June 2019.

So, when he saw it up for auction with the Heritage Auctions website, Thomas was not pleased.

"This trophy was stolen from St. Joseph High School the night Mr. Pingatore my coach died," Thomas posted on Twitter ... "It belongs to me."

"You stole my trophy please return it! Let it be known."

Heritage Auctions responded to Thomas -- saying, "We take the concerns and allegations of Mr. Thomas very seriously. We will investigate them as expeditiously as possible."

A rep for the auction house tells us the item was "immediately removed" -- noting, "We are working at this very moment to find out the real story behind this trophy."

In the meantime, watch the highlights of Thomas from the game ... dude was BALLIN!!! 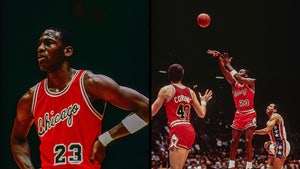 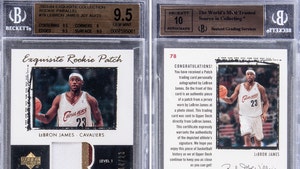