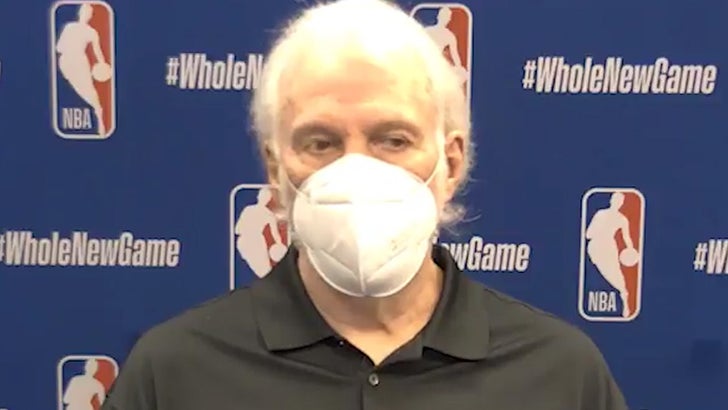 How did Gregg Popovich deal with his Spurs missing the NBA playoffs for the first time in 22 years? By mocking Donald Trump!

Pop's squad didn't exactly thrive in the NBA's bubble environment and played their last game of the 2020 season Thursday against the Utah Jazz. They lost and will now exit the bubble.

More importantly, it means Pop will miss the NBA playoffs for the first time in 22 seasons ... and when he was asked about his historic run coming to an end, he channeled his inner Trump.

"That’s total fake news. Lots of guys have been telling me the streak hasn't ended. I talk to people all the time, they call me, they tell me ‘Pop, the streak didn't end.'"

"It didn't. It didn't end. I don't know where you guys are getting this."

Pretty funny, right?! Unless you're a Trump supporter.

Of course, 71-year-old Popovich HATES Donald Trump and isn't quiet about it -- blasting #45 any chance he's gotten. He's referred to Trump as a "deranged idiot" and a "coward" in scathing comments at the height of the George Floyd protests back in June.

Trump's largely ignored the coach's criticism ... but could Thursday's impression finally be the one that gets Pop a tweet from the Pres? 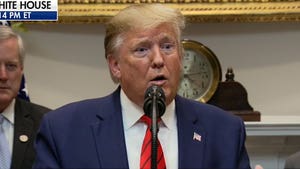 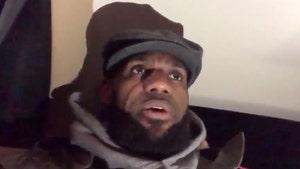 LeBron Says Back Off Allie LaForce, Popovich Question Was Cleared