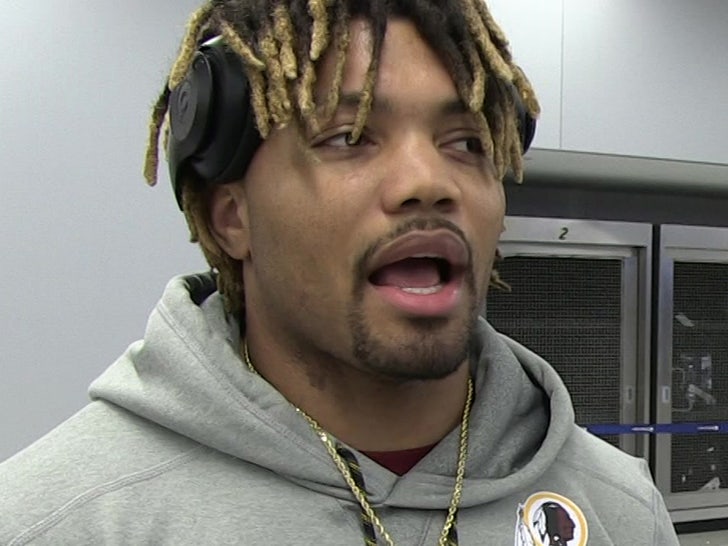 NFL running back Derrius Guice is adamant he did NOT rape two women back in 2016 while attending LSU, despite new claims to the contrary.

Both women claim Guice raped them in their own apartments after a night of heavy boozing -- and both claim the allegations were reported to LSU, but never properly investigated.

The women each spoke with USA Today Sports, but have not revealed their identities publicly.

The first woman says she drunkenly passed out on her bed after throwing a party -- and later began to have flashbacks of Guice assaulting her. Plus, she claims other football players at the party said Guice had bragged about having sex with her that night.

The accuser said she told a friend on the diving team about the incident -- who told her diving coach. The diver claims the coach reported the incident to LSU athletics officials.

The accuser claims she later got an email from an LSU official following up on the allegations -- but nothing really came of it.

However, the accuser claims LSU coach Ed Orgeron mentioned the incident later to her then-boyfriend, a player on the LSU football team.,

The player told USA Today Sports ... Orgeron made comments telling him not to be bothered by Guice's involvement with the accuser because "everybody’s girlfriend sleeps with other people."

The player doesn't know exactly how much Oregron knew about the incident.

The second accuser, a former LSU tennis player, claims Guice also sexually assaulted her after a night of drinking.

The woman later went to rehab for substance abuse issues and in 2017, told a rehab staffer about the alleged rape.

The staffer allegedly reported the allegation to LSU -- but the accuser claims it was never properly investigated.

"At no time were allegations of physical or sexual assault brought against Derrius during his years as a student athlete at LSU," Greenspun told USA Today.

"To bring up such assertions only after the Virginia charges were initiated certainly calls into question the credibility, nature and timing of what is being alleged years later."

"Such speculation and innuendo should not be the basis for Derrius to be required to make any comment at all but he wants to be absolutely clear. The allegations in this story are just that and have no basis in fact."

Guice -- a talented running back -- was released by the Washington Football Team earlier this month after cops say he violently attacked a woman he was romantically involved with on 3 separate occasions from Feb. to April.

LSU issued a generic statement -- but did not address the Guice allegations specifically.

"LSU and LSU Athletics take all accusations of sexual assault with the utmost seriousness. Formal complaints are promptly and fully investigated and the rights and privacy of students are protected as stipulated by the Family Educational Rights and Privacy Act. Complainants are also strongly encouraged to report the offense to law enforcement and are provided information on health care, counseling and supportive measures available." 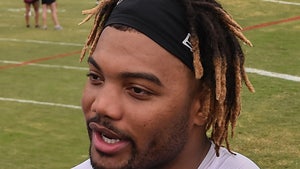