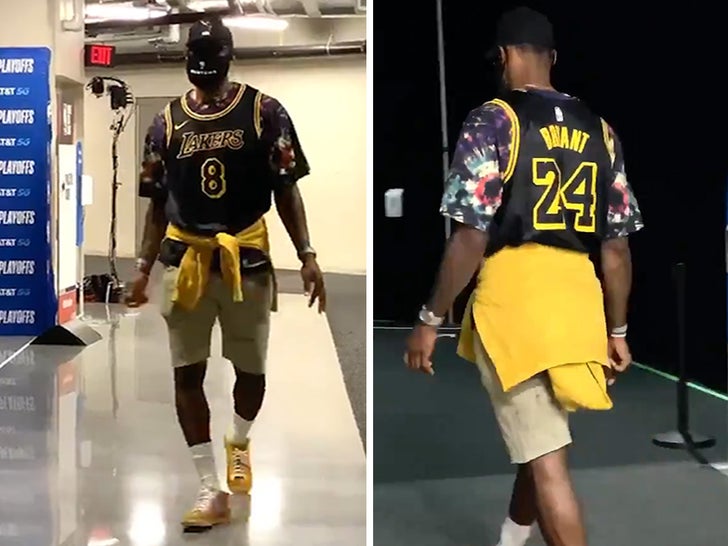 6:44 PM PT -- The Lakers have taken the court decked out in their special Mamba jerseys ... and they look sharp.

Mamba would be proud.

LeBron James has that Mamba Mentality on Kobe Bryant day ... wearing a Mamba tribute jersey on his way to play the Blazers in game 4 of their playoff series.

LBJ walked into the building sporting a limited-edition Bryant tribute jersey ... with #24 on the back and #8 on the front.

Nike only offered a small number of these custom jerseys on its website on Monday -- but James has some pull over there.

The Lakers have a much bigger tribute planned for the game -- the entire team will wear special Black Mamba jerseys, which were actually designed by Kobe a few years before he passed.

The jerseys feature a snakeskin pattern and a special patch on the shoulder to honor Gianna Bryant.

LeBron and Kobe were extremely close -- James famously got a Kobe tribute tattoo on his thigh in the wake of his death. He also gave an emotional address to Laker Nation in the first home game following the tragedy.

But, don't expect the Portland Trail Blazers to just let the Lakers run 'em over -- Damian Lillard is also hoping to honor Kobe tonight by playing his ass off and fighting for a victory, just like Kobe would have wanted. 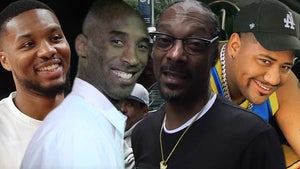 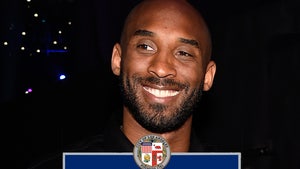