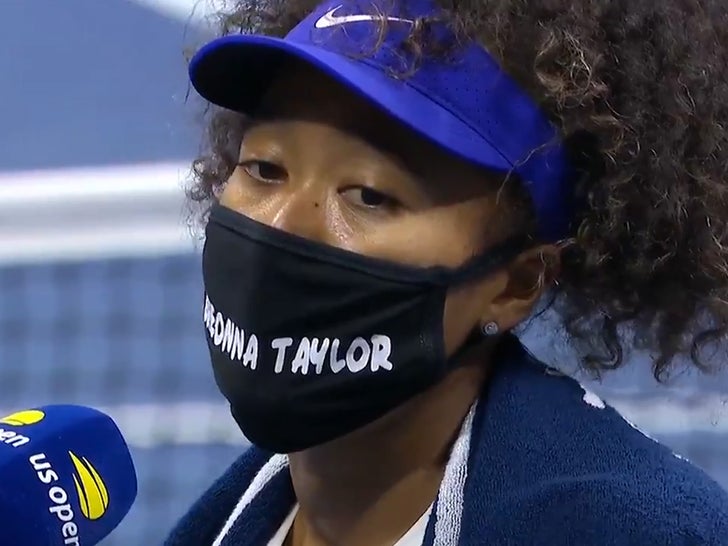 Tennis superstar Naomi Osaka wore a Breonna Taylor tribute mask to her 1st round match at the U.S. Open on Monday ... and says she's got more tributes planned.

The 22-year-old has been very outspoken about social justice issues lately -- and even "boycotted" a match at a different tournament last week in the wake of the Jacob Blake shooting.

So, when she arrived at the USTA Billie Jean King National Tennis Center in New York City, she rocked the Breonna mask to help "spread awareness" about the Taylor case.

.@naomiosaka has 7 masks ready with different names for a potential run at the #USOpen. pic.twitter.com/jmARabKhae

"I'm aware that tennis is watched all over the world, and maybe there is someone that doesn't know Breonna Taylor's story," Osaka said.

"Maybe they'll like Google it or something. For me, just spreading awareness. I feel like the more people know the story, then the more interesting or interested they'll become in it."

26-year-old Taylor was shot and killed at her apartment back in March when Louisville cops executed a no-knock warrant. Her boyfriend says he fired a warning shot because he thought the officers were intruders but they returned fire, striking Taylor 8 times.

After Osaka won her opening match Monday against Misaki Doi, she said she has 6 more masks she plans on wearing throughout the tournament to honor other victims of police brutality.

"It's quite sad that seven masks isn't enough for the amount of names, so hopefully I'll get to the finals and you can see all of them."

Osaka is expected to return to the court Wednesday to take on Camila Giorgi. 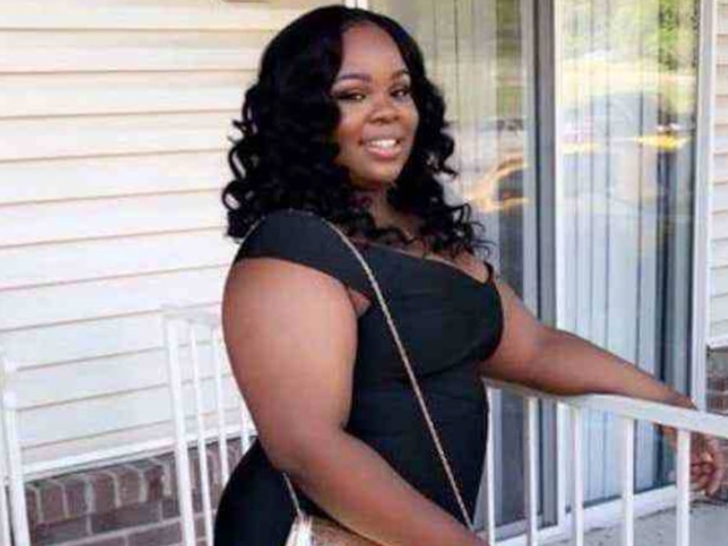 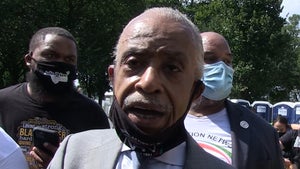