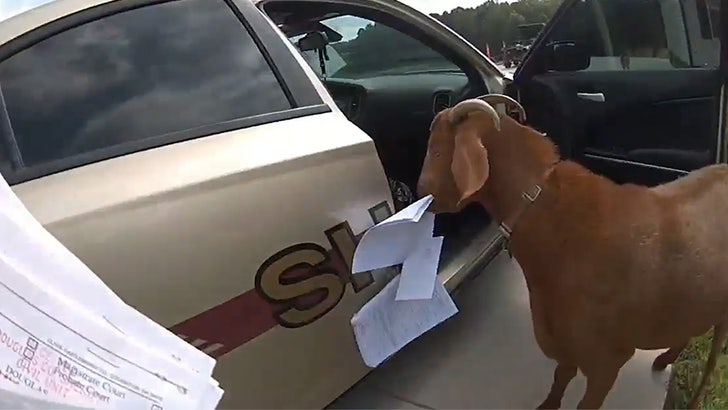 A Georgia cop came face-to-face with Billy Gruff himself after leaving her patrol car door open, which left her work papers ripe for the chomping.

This hilarious woman-versus-wild encounter went down Friday in Douglas County, GA -- where one of the Sheriff's Dept.'s deputies had a run-in with a brazen goat that wasn't scared to go wandering outside its pastures. If anything, it was looking for new leather interior digs.

Check it out ... the deputy -- whose body cam was rolling -- was out delivering civil papers, according to her bosses. She pulls up to a property, hops out and leaves the driver-side door open, 'cause it's just a quick in and out type gig. Does it all the time, apparently.

As she returns to the vehicle, she sees there's a non-human intruder inside. Sure enough, there's a goat in there rummaging through her things -- specifically, a stack of paperwork. Seems like it was delicious, 'cause Bill was going to town.

She tried shooing it away by giving it a little love tap on the backside, but the goat wouldn't budge. It took some doing -- watch the video -- but she finally got it to hop out of her ride.

But, it still wasn't over! Ya gotta see how the goat actually knocked her over.

DCSD says the deputy is fine and that the department got a laugh out of it. Still though, talk about getting someone's "goat" on the job. 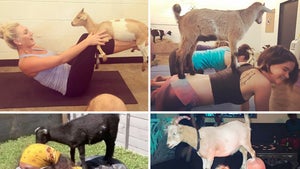 Pets You Might Want to Rethink Humor Viral Police