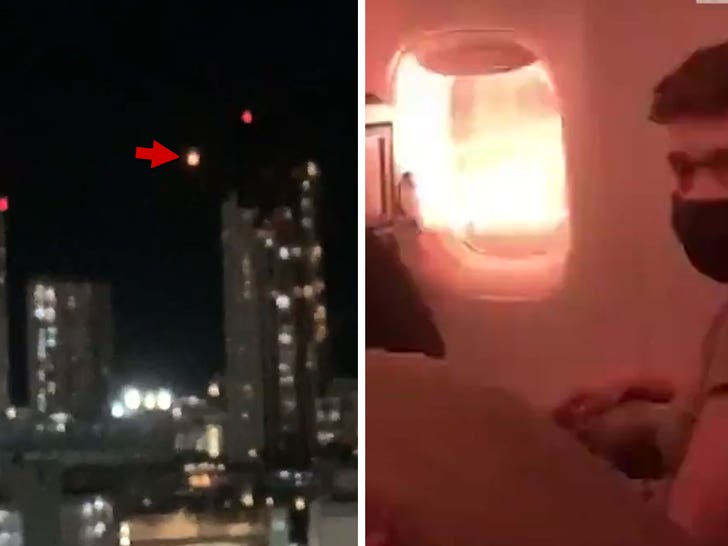 It's one of those moments when your life flashes before your eyes ... a military chartered flight caught fire over the skies of Hawaii, and thankfully the passengers lived to tell about it.

FLIGHT FRIGHT: Dramatic video from inside a military chartered flight shows a fire explode on the wing of the plane caused by a mechanical issue after taking off from Honolulu. The plane returned and landed safely with no injuries reported. https://t.co/AYrkHm3rmY pic.twitter.com/gSv3mpoJiY

The 767 had just taken off from Hickam Air Force Base in Honolulu when one of its 2 enormous engines caught fire.

There are 2 videos chronicling the emergency ... one from inside the cabin and one from the ground.

Plane on fire over the Daniel K. Inouye airport in Honolulu. We heard what sounded like an explosion and it started spitting out flames from what looked like the engine. Couldn’t see what airline but definitely a passenger plane. pic.twitter.com/Q2YiZ9vXHE

The ground video is shot from a distance, but it's apparent there's an emergency as the person who shot it freaks out over what he's seeing. The video inside the cabin gives you a sense of the terror passengers must have been feeling as the flames shoot out from the jet engine.

The Atlas Air jet, bound for Guam, turned around and made an emergency landing in Honolulu. No one was injured. 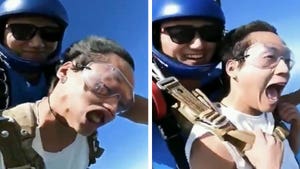